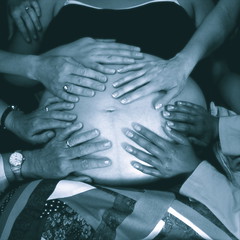 Below are highlights from the first half-dozen years of the blog–in actual chronological order. If you’re visiting for the first time and are interested in looking at past material, this is a great place to start.

Plus ça change, or Prides I have known
An account of my second Pride as a parent (June 2006), a wistful yet contented reflection on how the times they are a-changin’. June 27, 2006

Mommy wars, the lesbian episode, pt 1
First of a two-part bit on the political ramifications (or lack thereof?) of lesbian motherhood. Part two tucks into this one in a link at the end of it. August 2, 2006

Subordination
The pain of the Also-Ran parent. November 22, 2006

Third list of ten: Crisis/grief support
Some thoughts about what to do. December 13, 2006

Sixth list of ten: Ten things I have in common with Dads
If the “Dad” part of “LesbianDad” doesn’t make a whole lot of sense, these commonalities might help clarify things a bit. December 28, 2006

A cautionary New Year’s Tale, or Homo not so sapiens
How stupid can a Baba be? Read it and weep! January 1, 2007

Tilt!
In which Hurricane Toddler finally hits. And we all say “Ouch!” February 5, 2007

Note to self re: LDC and sleep deprivation
Lesbian state secrets are revealed. January 30, 2007

Ten high and low points in one day (Adoption Day)
The rollercoaster ride of second-parent adoption ends with a BANG! not a whimper. February 10, 2007

Vat am I to do?
A collection of images and vignettes, following my dog’s leave-taking. March 22, 2007

Things are different now
Parenthood has changed me, and an auntie decathlon at the state fair provides the backdrop for this realization. May 3, 2007

A Baba’s Day Proclamation
Tooting the Baba horn, on a day otherwise set aside to honor the other people who aren’t officially Mothers, per se. June 15, 2007

It’s all relatives
A response to Peggy Orenstein’s NY Times magazine piece on egg donation: she left something out. July 19, 2007

Our family is like a lot of families
In which our kids celebrate the raucous diversity of their family, alongside their raucous cousins during a reading of Todd Parr’s The Family Book. July 27, 2007

Thanks giving
The faint tendril of hope that is the post-miscarriage pregnancy, brought by a bird in the snow (leading, as so many things do, to gratitude for my children). November 22, 2007

Confessions of a Lesbian Dad (link to the first in a six-part series)
A previously published essay, meted out in six excerpts, answering the pressing question: How did I become a Baba? January 25 – February 1, 2008

Something borrowed
From a series (old-new-borrowed-blue), a reverie about how short it all will be. February 14, 2008

On May 15, 2008, the California Supreme Court’s In re Marriages decision, confirming the constitutionality of same-sex marriage, pulled the “go” lever on a huge-ass, rarely fun roller coaster ride during which millions of dollars, hours, and reserves of good will were spent trying to preserve/override that decision.

Not because I wanted to, but because I felt I had to fight the fight in front of me, I spent most of my blog-posting energies trying to make a positive impact on the campaign to preserve the constitutional recognition of marriage equality in my state. I’ve grouped about two dozen of the most germane posts from that spring through the next winter into a clump at: An arrangement of LD posts on the topic of marriage equality. Below are a few of the more descriptive ones.

The Hitchin’ Post
The story of my beloved’s and my courtship and commitment ceremony, and how extremely conflicting the whole marriage equality ruling is for folks like us. June 19, 2008.

Parental gut-check (1)
An attempt to explain how it is that this battle feels so very directly like one to protect our kids.  October 23, 2008.

A chat with Ben
A conversation with a friend illuminates the complex mixture of Obama joy and Prop 8 pain swirling around after the election.   December 4, 2008

Pas de Deux
A conversation with a stranger illuminates the possibilities of trust and connection, still possible after the election.  December 24, 2008

Maddow Widowers’ Support Group, open for business
In which I moon about my also-ran status around the household. February 18, 2009

We get what we get
I tie myself up in a knot over my daughter’s adoration of ballet, and then try to untie myself.  March 11, 2009

The worst are full of passionate intensity
A lengthy meditation on hate crimes, finished with a Mississppi anecdote.  June 12, 2009

Scattered notes from an anniversary
My beloved and I are celebrating 15 years together. C’mon along! July 16, 2009

Girl oracle
My daughter masters the concept of temporal relativity and predicts the future. December 18, 2009

For ever and ever and ever
Transience, hope, Michael Jackson, and my son’s journey into his full-spectrum boyhood.  February 5, 2010

A morning with DadDad
A photo essay of a haircut, an ice cream parlor visit, and two very sweet people.  April 9, 2010

Open house
At the end of our daughter’s first year in school, I find how much I have to learn. May 28, 2010

Moment of realness
I stare down a young man in a stationary store, and find (the possibility of) something staring back.  June 18, 2010

I got full-time employed in February and my posting slowed to a trickle. Lard love me I’m still here, though.

Straight on ’til morning
My daughter practically dares me to tell her she can’t fly, and finds out my answer.  April 15, 2011

Back to School, LGBT parent version
A brain dump of resources and must-do’s for the skittish parent braving their kid’s first entry into school.  August 30, 2011

20+ questions about my gender & sexual identity, parts 1 and 2
Just that. Only the questions answered are asked by my special niece, for a middle school project.  November 6, 2011

She is older than I know
Maurice Sendak, censorship, xenophobia, and how much kids already know about stuff.  November 12, 2011

Fits, barely
In which the oldest child slowly but surely approaches the edge of the lap.  November 12, 2011

Christmas Lullaby
My beloved blesses us, everyone, with a rendition of Jason Robert Brown’s song.  December 24, 2011

That which we call a rose by any other name would sound as sweet
My dad and I hear each other just fine.  January 12, 2012

At seventeen
Remembering my nephew on (what would have been)  his birthday.  February 27, 2012

I’ll Take Obama’s Symbolic Gesture, Thank You Very Much!
My take on President Obama’s admission/ announcement that he favors marriage equality.  May 11, 2012

The Twelve Days of BlogHer ’12: 5
Part of a series of 12 NYC pictures leading up to the BlogHer conference August 2012. Hit the link to George Benson’s beloved classic and then scroll around the series for Big Apple Fun.   July 27, 2012

Summer idyll 4: equine-imity
Daughter’s all dreamy about her horseback ride, and I’m all a-dither about sighting the rare and exotic parentus mannish lesbianus outside my native habitat.  August 24, 2012

That’s what she said
Those big worries about whether this whole lesbian parent thing was going to freak out our own kids? Not so much.  October 4, 2012

My lady love
A short ode to my beloved, with musical accompaniment (numbering for a fairly abortive NaPhotoPoMo).  November 15, 2012

Post-prandial
Belly full from Thanksgiving dinner, the 411 about my co-housing “village” and why the second most challenging relationship outside my family of origin is worth the effort.  November 23, 2012