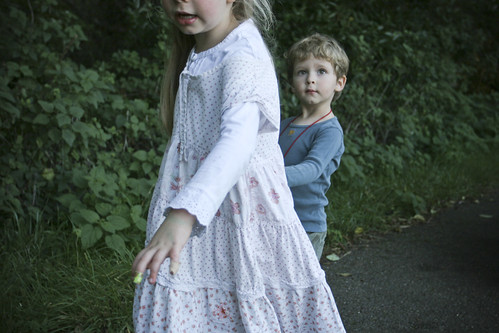 Regarding the fear on behalf of the children meme, which has been widely attributed to be among the arguments that (yet again) reversed another state’s marriage equality gain: when “gay marriage” is taught in the schools — which of course it won’t be, not “taught” per se; marriage of any sort isn’t “taught,” but the fact that two men or two women could marry, if they wanted, sure; that’s what would or could be conveyed when or if the topic arose in the states in which such unions are no longer illegal Â — kids like these would be the primary beneficiaries. Talkin’ about those two in that picture up there. They’re real people.

This is what would happen in the classroom in which “gay marriage” was “taught.” Â Kids like these would, for the short duration of the reference, see a key aspect of their family reflected in their most important public sphere community. They would benefit, and so too would the two children (at least two per class of twenty) who will grow up to fall in love and make a life together, maybe even a family together, with a person of their same sex.

These children are already who they are, right now, in classrooms all across America, in nearly every county of the nation, in same-sex marriage permissive and same-sex marriage hostile states alike. Go ahead and ask the last US Census.

So, what about the children?

16 thoughts on “Re: the “fear on behalf of the children” meme”