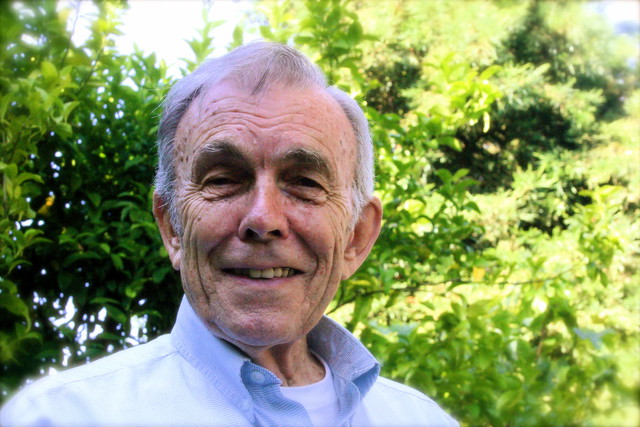 The above image of my Pops is from a coupla five years back, which would have made him a spry, debonair 86.

Yesterday he turned 91. In our morning chat, which usually takes place on cell phone as I walk, he is having a harder and harder time making out various words. This morning it was “thrifty.”

In recent years we both seem to have enjoyed the frequently preposterous variations he puts on mis-heard words. Or rather, the variations provided to him by his beleaguered, four-score-and-way more than seven years-old cochlea(s), which have been slowly and certainly  giving up the ghost and throwing him just any old homonym that strolls along.  He’s been taking a running jump at this swap a mis-heard word for most hilarious and unlikely homonym for years now. Nowadays, the mis-heard words number into larger and larger percentages of the conversation.

I would have begun to spell it out for him, which I usually do when we don’t make it out by the third variation. That usually works, though there’s no guarantee we won’t wend our way down another rabbit trail, since I have to come up with words for the letters. Never having trainied in the international radio telephony alphabet, I take it as another opportunity for mirth-making and derailment, which of course he’s all in on (“R” as in Rasputin! “U” as in urchin! “S” as in sesquipedalian! and so on).

This morning, alas, there was no time to spell.  I had arrived at my place of employ.

Me: “Pops, I’m at work now, I gotta go. We’re going to just have to leave it at Ruskie.”
Him: “Anything you say, doll.”
Me: “Main thing for you to hear is, I love you and have a great Thursday, Pops.” (followed by “mwah” kissing sound)
Him: “Mwah to you too, sweetie.”