les•bi•an dad n, neologism 1. a. A mannish lesbian, non-binary, or genderqueer parent who feels that traditionally female titles (i.e., “mother”) don’t quite fit, and who is willing to appropriate and redefine existing male ones (i.e., “father”): They were a tomboy when they were a kid, so it’s not surprising they’re a lesbian dad as a parent. b. Often a non-biological parent in a lesbian family, and/or one whose role relative to the child in many ways resembles that of fathers. ORIGIN – early 21st century via: the web log “Lesbian Dad.” See also: “Baba.”

“Tell all the truth but tell it slant,” quoth Emily Dickinson, and so I have.

LesbianDad is a personal essay/photography blog about parenthood and family, as seen through the lens of a non-birth/ non-binary/ genderqueer/ butchy parent. 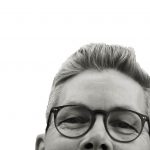 Because of this fairly atypical vantage point, I have hoped that when I’ve shined a light on quotidian family experiences, I’ve also helped illuminate what is and isn’t fixed or inevitable about the roles of “mother” and “father.” My experience of non-binary parenthood has offered me unremitting lessons in paradox: the freedom of being untethered in one moment can very well twist into the pain of invisibility in another.  Mining those moments for meaning has helped steady me along the way. But I hope the breadcrumbs I’ve left might help others as well–spelling out the most potent message any such publication can offer: you are not alone.

I began publishing the blog in 2006 as a wee beacon, hoping to emit enough of a signal to attract wisdom from kindred spirits at a time when lesbian families were virtually invisible online, and genderqueer parents were virtually invisible anywhere. The intrepid Googler can now find many more of us online and in person, which transformation is an infinite blessing to oh so may of us–and more so, to our children, who benefit exponentially from our strength.

In the interest of being helpful, back then when genderqueer and LGBTQ+ people and parenthood were far more incomprehensible to the average reader,  I started a Glossary.  Some of the entries there may help clarify some facets of queer parenthood for the uninitiated; anything that’s obvious now can stand as a reminder of how much understanding has grown in a short decade or so.

Writer Abby Dorsey profiled lesbian fatherhood in general, including mine in particular, in an April 2013 piece in The Advocate (print and online editions): “The New Lesbian Dad.”

A bit about process.

I subscribe to the Walt Whitman school of writing process, rather than Gertrude Stein’s. Walt tinkered with what he wrote over and over, past its first and second and umpteen print publications. Gertrude thought: first draft best draft. I will say that whatever ripples of change appear in a piece subsequent to its first posting are along stylistic and le mot juste lines – not substantive ones. I usually leave well enough alone after 24 hours. But now we’re all forewarned.

I published a post about the genesis and development of this blog and how I write it here: The political is personal.   I did a post of loose notes about how I photograph my kids here: Feeds self yogurt, effortlessly.

After over half a dozen years of vigorous publication–from the mid-aughts to the early teens–this site gradually became more archival than dynamic.  Publication slowed considerably in the wake of my dad’s passing, and even more so upon the arrival of a very time-consuming job whose impact overlapped a good deal with what I was trying to do here. Eventually I rolled to a stop, flummoxed about how to publish personal narrative given the minuscule interstices between work and life, and the imperative to respect my kids’ right to grow up offline, not on.

Since this craft launched in 2006, Lesbian Dad has collected various nods of recognition which, in a fit of only partial humility, I demoted from home page button (snicker not; people used to do that in the early bloggy days) to boasty About page list.*

The most valuable award, of course, is that of your attention, right here, right now. So thank you, gentle reader.

* The sands of time have buried most of these links in their initial iterations; in those cases I’ve provided the trusty  Internet Archive’s Wayback Machine version of the page. Because history.

I’ve had the opportunity to read blog posts or opine at blogging conferences and events. Here are three for which I’ve got video:

About the author, etc. 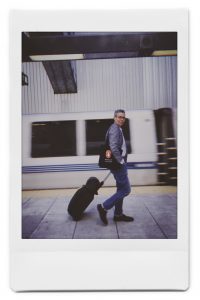 Both were heroically carried and birthed by my beloved, whose emotional intelligence and tireless optimism have anchored and buoyed me on voyages parental and beyond for over 25 years. Booyah! Therapy dollars well spent, people. Our donor is what we call “personally known” (and also loved), and continues his presence in our family’s life as a “special uncle” and a member of our extended family.

I come by most of the rest of what goes into this blog by virtue of some book-learning (BA: Berkeley, English & Ethnic Studies; MA: Minnesota, American Studies & Feminist Studies), some teaching at both universities (American Studies, Women’s Studies, Composition, Pedagogy), and a few decades of nice healthy street activism woven in and out of all those years in the ivory tower.

I’ve written about my parenting journey elsewhere in print, online at Huffington Post, BlogHer (where I worked as a Contributing Editor in Parenting and Family topics and later as Conference Programming Director), and at the now on-ice queer family site VillageQ, for which I was co-founder and onetime Editor-in-Chief.  I’ve spoken about LGBTQ and “alternative” families at social media conferences like Mom 2.0, Dad 2.0, and BlogHer, at the National Lesbian and Gay Journalists Association Convention, and at local universities (my alma mater + that other super expensive one across the Bay whose name somehow escapes me at the moment).

For the better part of a decade, up until the end of spring 2022, I worked for LGBTQ+ families in the Bay Area (and beyond) at the small-but-mighty non-profit Our Family Coalition. As I note above, the hard work I put in there is in no way coincidental (*cough*) with the paucity of posting here as of early 2014.  Me: crappy multi-tasker.

I am now back to freelance writing and editing, and if you are interested in talking about me about either, do drop in to my professional site: paulypagenhart.com!

All text and photographs published here are my own unless otherwise indicated. More all-purpose caveats here.

Feel free to write me via this blog’s contact page.

And of course you are welcome to do as we did in the twenty-aughts and comment inside the anachronistically delimited sphere of this blog. Or, if I may have flagged a post over in Instagram, then there.

To keep this space quaintly civil, I have always asked commenters to register, but have and will never sell your email address, or even write you at it.  I’m proud to say that since the inception of this blog over 15 years ago, I’ve only elected not to publish one single, solitary comment. For what it’s worth, it wasn’t homophobic; it was Islamophobic and off-topic.  One single sour comment in well over 5,000 gives one some faith in human nature.  And in the sobering impact of accountability.

Thank you for reading.