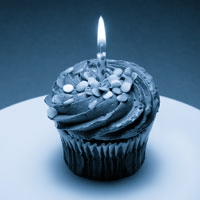 Or, Get out your snow goggles, it’s a blizzard of links!

A few stray posts on this blog date back to May 2005, but those are false labor signs. Blogular Braxton-Hickses. I sent up a flare from the blue-black darkness following my nephew’s death, then went back to licking my wounds and staring a hole in my daughter every night as she slept.

March 2nd of last year marked the first proper turn of the blogular wheel, which, though it took another month to actually pick up some regular momentum, has been rolling along weekly for a year. Highlights include:

Gentle reader, I thank you for your time, and assure you that the pleasure’s been all mine.