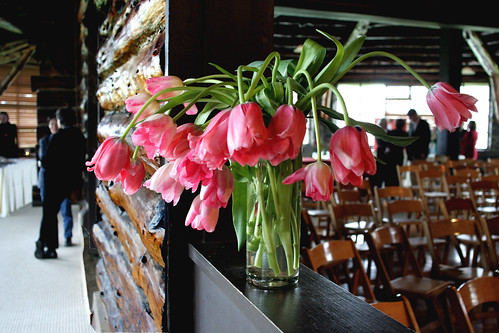 I’ve read What Color Is Your Parachute and done Meyers-Briggs tests that suggest what paths my work life might follow. The job title I never saw listed for myself, but should have, was Witness Bearer.

No doubt many people have borne witness to more passings than I. I am middle class, I am white, I live in a country that has — thusfar — done most of its war work abroad. And I’m not in the military. Everything’s relative. But three of my relatives have died of cancer. Two members of my family, a dozen years apart, died in the same room, with me positioned at the same side of the body. Also gone are one friend, one friend of my sister’s, and one partner of a friend. Another sister of a friend died in her sleep, another friend died in what can only be described as a freak accident.

What throws these passings into such relief for me is that six out of eight of them have happened in the past two years, during the dawn of my parenthood. All of these deaths felt premature, to one degree or another, and as a consequence they were either dipped or utterly drenched in tragedy. Some deaths are bittersweet. The death of Tillie Olsen, the ninety-four year-old writer to which I and many others bore witness last week, was a bittersweet one. But the others that have touched my recent life have ranged from sad, to heartbreaking, to terribly, terribly wrong.

Death of course is an inextricable part of life; the flip-side of it, the crystalline truth, what’s implicit in our contractual agreement with — whomever, whatever; depends on what you believe in. But the agreement is clear: if we come, then also we go. A corollary to this agreement is that we will never know just how and when we’ll go. We only know that we will, and many of us like to let this knowledge drift gently to the back of our minds, along with other things we may have known at one time but tend to forget, such as the Pythagorean Theorem, or how to chart dominant and recessive genes, or the date Lee surrendered at Appomattox. We often betray this benign amnesia by using the phrase “If I die…” rather than “When I die…” Though really it’s not a mis-statement. It’s just an incomplete statement. People really mean, “If I die sooner than I expect to, which is after eighty- or ninety-something years, perhaps in my sleep after a sweet, full day with the people I love who, as good fortune would have it, have finally become ready to send me on my way.”

This past Sunday’s memorial was for the dear friend of a dear friend. She died just three hours shy of her sixtieth birthday, after a precipitous, six-month battle with a rare type of inoperable glandular cancer. What she died of is bracing, but of greater importance to me is when she did, which was early and with very little advance warning, and also how she did, which was with a clarion dignity. She was content with her life. “I would have liked to have had a few more years,” she had said to a friend, who shared these words at the memorial. “But I know I’ve had more than most.”

As I sat and listened to her life animated through the stories of those who loved her, I couldn’t help but think of the memorial I attended the week before. And the year before. And so on. Famous or not, older or younger or way too young, people matter to other people, so much. We love each other so much, touch each other so deeply. All you have to do is attend a few memorial services to see that. Though of course the cheerier way to make the same observation is to loiter around the international arrivals gate at any airport. But it’s the same love at work.

How do reflections on death and loss fit in the context of a larger set of reflections on parenthood and love? To my mind, like a glove. Being a lesbian parent, and occupying a position more akin to dad than mom forms a visible framework for my parenthood. But these idiosyncracies (legally and socially consequential though they may be) have had a modest impact on how I approach parenthood when they’re laid side-by-side with the lessons learned from loss. I realize that death is, at the very least, camped out in a van across the street, eating donuts and sipping cheap coffee. More likely it’s sitting quietly in every room of the house, discreetly reading the paper, looking up from time to time to cast a watchful eye on the proceedings. Waiting for whomever, whenever.

This realization doesn’t make me more lugubrious. It makes me more loving. I don’t feel morbid; just mindful. And grateful.

We all remember the state the nation was in, those surreal days and weeks and months following the attacks of September 11, 2001. Who wasn’t suddenly aware of the capriciousness of life? We were compelled to apologize, to forgive, to set aside petty differences. To realize that most differences actually are petty. What a surreal suspension we were in, and yet it was also an extended moment of accute realness, when a veil was pulled aside, and we were moved to heave artifice and animus overboard as as the unneeded ballast we suddenly realized them to be.

So many of us thought: If these were the last hours I have to live, how would I conduct them?

*Barbara Ann Stewart was many, many things. One was a masterful photographer. At the memorial, my friend put together a slide show of her work, so that we could spend some time looking through her eyes. Here, see for yourself just some of the bounty from which she had to edit.

10 thoughts on “Notes from a memorial, revisited”