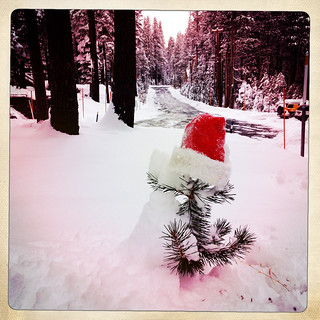 The year 2012 in a single run-on sentence: Work, work, work, meet some great people, accomplish some things I’m really proud of, learn a lot along the way; have a little bit of family life but not nearly enough, though for the first time, pay for enrichment classes and summer camp and vacation without going into debt; have hardly any writing life a’tall; get sacked; be flabberghasted in a way fresh to me in umptity-ump years of employed life; lick wounds, and in the yawning space that opens up before me, contemplate fresh possibilities and look again, longer and harder, at old neglected ones; turn 50 (Jubilee!) and, with much struggle, commence the process of giving myself the priceless gift of unshakeable self-esteem, because while others can abet or thwart this, it is at its core something one can only really give oneself. A truth yet to be sufficiently well-lodged, at 50. Never too late.

Gift of loving family: there all along and, in the final quarter of 2012, mercifully back in all three dimensions. Not giving that up again, or even setting it aside,  for the world.

That which we call a rose by any other name would sound as sweet
My dad and I hear each other just fine.  January 12, 2012

At seventeen
Remembering my nephew on (what would have been)  his birthday.  February 27, 2012

I’ll Take Obama’s Symbolic Gesture, Thank You Very Much!
My take on President Obama’s admission/ announcement that he favors marriage equality.  May 11, 2012

The Twelve Days of BlogHer ’12: 5
An NYC pictorial: 12 city-that-never-sleeps photographs leading up to the BlogHer conference there in early August. Hit the link to George Benson’s beloved classic (in that 5th image) and then go back and scroll through the series for Big Apple Fun.   July 27, 2012

Summer idyll 4: equine-imity
Daughter’s all dreamy about her horseback ride, and I’m all a-dither about sighting the rare and exotic parentus mannish lesbianus outside my native habitat.  August 24, 2012

That’s what she said
Those big worries about whether this whole lesbian parent thing was going to freak out our own kids? Yeah, not so much.  October 4, 2012

3/30: my lady love
A short ode to my beloved, with musical accompaniment (the “3/30” numbering a relic of a fairly abortive NaPhotoPoMo, during which I may have pulled off seven posts, ahem).  November 15, 2012

7/30: post-prandial
Belly full from Thanksgiving dinner, I provide a synopsis of my co-housing “village” and why the second most challenging relationship outside my family of origin is worth the effort.  November 23, 2012

Or, the year 2012 in ten things I’m grateful for, in no particular order:

Thank you, gentle reader, for continuing to make these notes that appear here into some sort of commune-ication; a gift we both get to give and receive (I will always hold to the conviction that I receive much more than I offer up).   Rarely have I been more ready for a fresh new year to get underway. With neither whimper, nor bang, but open arms. I hope the same for you.