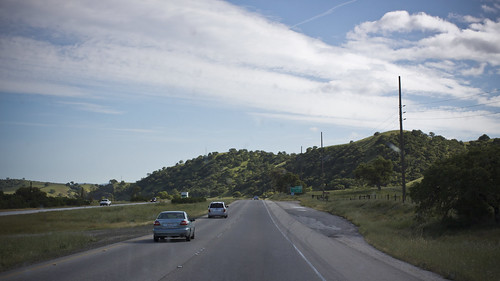 The first in what’s sure to be a fitful spring break travelogue. Â Who knows — this may be the first and last entry. Â But right now I got WiFi and an eddy of time as my daughter makes a windsock in the hotel’s kid’s club! Â While the beloved reconnointers the beach with the boy child and her dear friend & said friend’s family.

Basically, Holy Crap, is all I can say. Â Yes, I hardly get out, and yes, this is our first time in a hotel with our kids. Â And it was chosen by the beloved’s dear friend, whom we met here. Â She (a) also has kids and (b) has been here before and has given it the stamp of approval. Â Apparently, people do stuff like this.

My goal here, other than to relieve stress from the beloved who the works like a dog — and by “like a dog” I don’t mean the well-coiffed Pekingese kind, I mean the lead dog in the Iditarod kind — has been to be the nicest, friendliest, Spanish-speaking mannish lesbian gabacha the hotel staff have ever had the obligation to clean up after (so far, true to California labor stats,Â 100% of the houskeeping staff have been Spanish-speaking Latinas). Â Sure, it’s hard to tell from a distance, sometimes even close up, if I’m a man or a woman. Whatever. Main point is, I’m kind and I look folks in the eye and talk like we’re all whole complete human beings.

This of course is my general life strategy with everyone I encounter, but it’s no secret that I crank up the charm based on the subtle arrangements of power (and therefore potential for solidarity) between me and others. Â Meaning of course, if in any given moment the amalgam of the various social markers on me (race, class, sex, gender ID, orientation, what have you) confer to me a greater amount of social power than you, then quite naturally I’m even more friendly and engaging. Â (I’m not saying whether this is always met with a warm reception, or is never taken as patronizing or condescending. I’m just saying that I seem to be compelled.) Oh, also, if you’re in any way evidently queer, and we’re away from Queer Central, then also this kicks in. Â And also if you’re brown, and we’re in any way in a place where most white people like me are likely to have been reductive of you, or not seeing you, or any distasteful combination thereof. Â Again, kicks in regardless.

You can see this is an elaborate scheme, perhaps hatched by my unconscious years ago, but by now I have noticed it at work and can do little to change it, to level the playing field and connect in a meaningful way. When I’m away from home, I notice it more, simply because with every mile further from home, I launch deeper into a heightened extended experience of my gender non-conformity. Â What with my almost always heading to places where there are fewer, not more, gender non-conforming folk. Â So on top of everything else at work about solidarity and connectedness, there’s also that. Â With every warm connection to another person, a part of me thinks: one small step for mannish lesbian, one giant leap for mannish lesbiankind. Â No, I’m not a megalomaniac. Just a goody-two shoes who has developed the same kind of survival tactics as scores and scores of my sistren and bretheren have done before me.

The journey here was beautiful, in the way that my home state always is in the springtime. Â The hills, here, just inland from the Santa Lucia Range along the central coast, have that brilliant, only-after-the-winter-rains green. 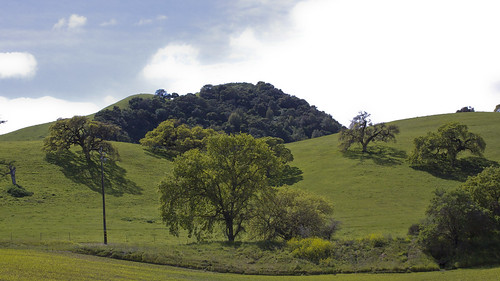 But after one or two counties of gorgeous, south-bound travel, we were deep in the heart of we voted against your ass country. Â (This I know both from that funny feeling I get in my trick knee, plus this handy-dandy map.) So what to you do? You turn on Patsy Cline.

As with all sub-cultures, ours has done as much appropriating as it has original creation. Â So Patsy might mean one thing to one cohort, but to lesbians Â of a certain age, it means one thing: Desert Hearts. Â The first lllllesbian llllllove story we saw on the big screen. Â Watched it with my first sweetie in a San Francisco movie theater jam-packed with our people, and daggone there could have been a five alarm fire in the building and not a one of us would have moved a peg. “Ladies? Ladies? We have to evacuate the building!” “Are you kidding? Do you see what’s happening up there on that screen? Do you think we’ve ever seen that before on a movie screen? Now git out the way, you’re blocking my view.” 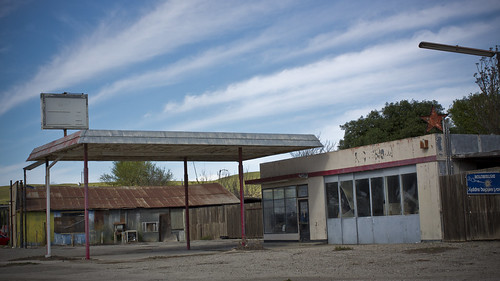