This is how we do Mother’s Day around here. She gets her day in May, and I get mine in June, alongside all the other dudes.*

I know we two female-people parent combos (and two male-people parent combos) have many choices when we approach these binary parental holidays, Mothers’ and Fathers’. In my beloved’s and my case, how we divided it up feels inspired. Each of us gets all the watts we need shone upon us, all day long, on different days. Of course it helps that I do not now, nor have I ever felt like a “mother.”

Fortunately the thought of referring to me as such is just as absurd-sounding to my kids as it is to me, thereby proving, yet again, the casual simplicity of gender non-normativity and the ease with which kids of such folks apprehend it. Parent, sure. More of a dad, even, they both say readily, than a mom.  Knowing also that I am a female person, more or less.  At nine and eleven they have a capacity to perceive, comprehend, and assimilate tones between black and white, and I think this quality will serve them well. 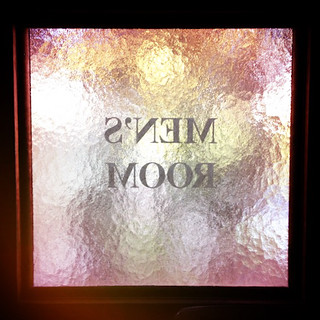 Herewith, some notes on gender and parenthood, by way of organizing some thoughts and soliciting dialog in advance of a panel I’ll be speaking on.  These notes also provide attendees a place to which to be able to trace various threads, should they like, or carry on the conversation we started.

This Friday I have the honor to be speaking  at the Dad 2.0 Summit alongside four other really smart panelists and in dialog with the great folks assembled in the room. Our moderator is Parent Hacks founder/author Asha Dornfest; co-panelists are National At-Home Dad Network President Al Watts, therapist and Father’s Forum founder Bruce Linton, and Huffington Post senior columnist Lisa Belkin.

The question organizing our chat: Can parenting ever really be gender-neutral? Framed in the program thusly:

When it comes to parenting, mothers are held to an unreasonably high standard, while the bar for passable fatherhood is disproportionately low. As fathers strive for greater credibility as parents, the gap between those standards is diminishing. But will that gap every truly disappear? And is this the only way dads will ever be perceived as having a truly equal footing when it comes to raising kids?

Below, some notes on things I consider axiomatic and fundamental, but worth stating explicitly, since so many of us come from so many different standpoints.  Also, some postulations about gender, parenting, and the relationship between pubic and private sphere power. 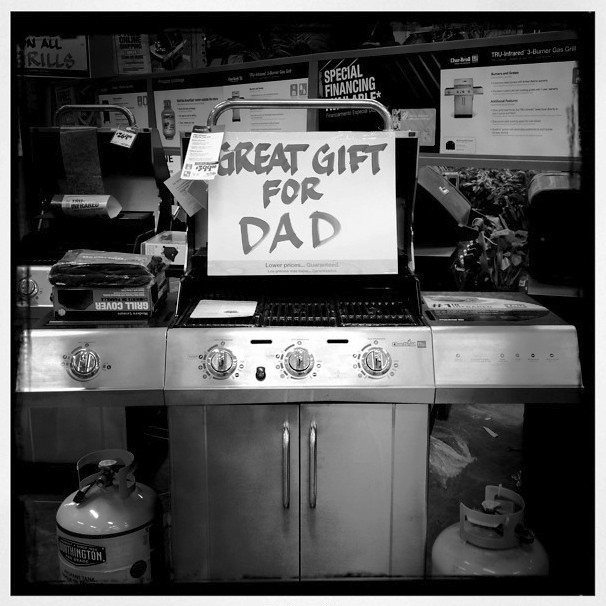 As fate would have it, I went out early the day before Baba’s Day to engage in a most fatherly of exploits: buy a lawnmower. Ours had died the week before, and a small herd of preschoolers and their families were headed to our back yard later in the morning to assemble and kind of graduate-ish. (About which, more later.)  Per early morning hardware store run custom, I stopped by the donut shop for a cup of hazelnut coffee and a maple bar, and allowed myself to drift through an aisle or two en route to the cordless electric mower my fellow co-housers had agreed upon.  I was stopped in my tracks by the exceedingly handsome grill pictured above, not because I coveted it (I would, but fortunately my brother-in-law has one just like it and I get to use it all the time, Scott-free), but because, despite the sign plastered across it, this thing would have intimidated the bejeepers out of my own dad during his own grilling days. “SCARY GIFT FOR DAD,” more like it. 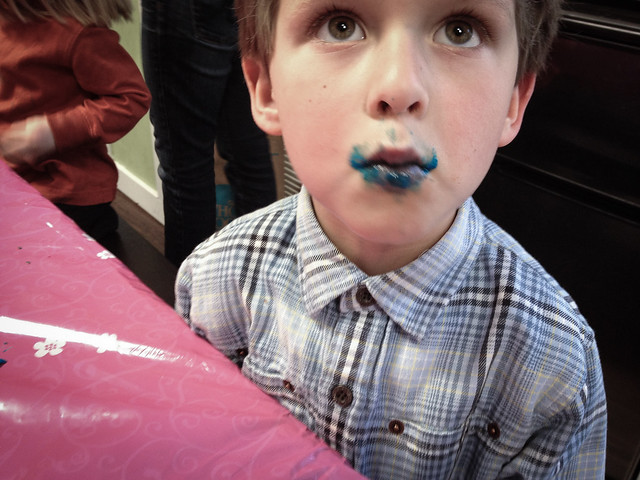 Yes, fried donutey kind of cupcakes on a stick with extremely blue dipped icing–superman’s tights color blue, come to think of it–and a Superman “S” on the side (cake pops? I think they were?). Yes, for a girl’s party, why do you ask? This is the 21st century here people. His best friends are more or less evenly divided between girls and boys. Again, I cite the whole 21st century, full-spectrum thing.

He wanted to be spiffy, so he wore his tuxedo pants and blazer, with his favorite green brimmed hat and a flower in his lapel. He wanted a red rose (where do you get an eye for that kind of detail at five years old?); unfortunately we didn’t have one, nor did we even have a neighbor with one we were willing to pinch, so he made do with a daisy-ish looking thing from our garden. He’s little, so I can’t really say he’s a clothes horse. More like a clothes pony.

He’s his Baba’s boy, no doubt about it. Which is great, because I’m his Baba, right on back.

I’m smack dab in the middle of Texas at Dad 2.0, a conference organized by and for dad bloggers, who, while a relatively smaller posse compared to mom bloggers, enjoy the benefit right out of the gate of not suffering the diminutive “daddy.”  So I was already in a good mood before I got here.  Also lifting the mood is the fact that most dad bloggers are men who care a lot about pushing at the edges of  modern fatherhood, making space in the discourses of parenthood for men as engaged caregivers rather than stoic providers or bumbling babysitters, thereby making more space for men who aspire to be engaged caregivers rather than stoic providers or bumbling babysitters.  Implicit in this project, for many (though by no means all), is the work of expanding received understandings of masculinity.

In other words, a ton of these guys are up to the exact same things I’ve been up to here at LD for years. Though we’re chipping away from different positions, we’re still at work on the same monolith, trying to carve out a wider understanding of who parents are and can be. For their part, and despite their positions of seeming normativity (most in this community and at this conference are white; psyche! Lazy Dad inna house!) they’re redefining fatherhood.  For my part, I’m chipping away at a bit of fatherhood and a bit of motherhood, and in the process pointing out, through lived experience, the vast overlap to be found between the two when you’re bound by neither designation.  Even if for many of these guys their paternity and legal legitimacy are unquestioned, their credibility as compassionate, even competent caregivers is often not a given. Dad bloggers are changing that, either implicitly or explicitly, and with each blog post and each new reader, most are elbowing out just a little bit more room for people in the next generation such as my full-spectrum boy child, should he chose to be a parent when he grows up, as well as for both of my kids, should they co-parent with a man.