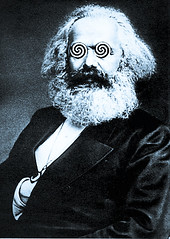 In which I wince and engage in some self-referentiality, vis-a-vis the blog.

For those who notice such things, or give them any thought (or read this blog in its direct form, and not in a feed reader) I figured I ought to point out the obvious: I’ve started running ads on this here jobbie.

It became painfully obvious  long ago to she who tends our family finances (two guesses!  nope!  not me! guess again!  right: the beloved!) that despite its unquantifiable value to me, we couldn’t keep on shelling out for the operating costs of this blog.  As all who do their own blogs know, the sundry costs of web hosting, photo hosting, domain name registries, and other sundries (in my case occasional surveys) add up to make it an expensive hobby.  An invaluable one, to be sure, but an expensive one.

As a staunch anti-commercialist — I want a marketplace of ideas, here, I cried, not a marketplace of products; we need to promote more LOVE, not more Dove! etc. — I pondered nearly every other route to getting this thing to cover its costs.

I asked what readers thought of the notion of pledging support, a la public radio.  The net: eh, not so much.  Folks are accustomed to the standard online of receiving the content for free; many were willing to overlook (or even “click through”) on ads, simply as the cheap price of the ticket.  Others certainly appreciated the ad-free content, but didn’t feel like the imposition would be grave, or even inexcusable.  Somehow, even despite the generous offers of a few readers, I never installed a PayPal “donate” button on the sidebar.  I might well have simply wanted to avoid finding out how few would actually click the link (since I’d run a passive-aggressive invite to anyone who cared to buy my kids a book from a spiffy list of LGBT famly books at Powels, and after untold months, discovered that no one cared to ).

[Later note: Oop!  I stand corrected — & happily so, since that remark is both pitiful & whiny — by francesca’s comment.  Gives me the opportunity to say: we DO have a great public library.  Also to say: see how poorly cut out folks like me are, for the life of commerce?  My pitch had the audacity of  bidder’s nod at a  Sotheby’s auction.]

I hooked up a swag shop, to see whether peddling stuff with various inspirational pro-lesbian family-type slogans might go a ways toward covering costs.  Again: not so much.  Though it has been extremely wonderful to have heard about how some of the swag has gotten around. (Most recently: DC’s LGBT marriage equality/civil rights rally!)

The bar that the swag shop needed to clear was anything close to the annual operating costs of this here jobbie.  Er.  After almost six months, I could definitely buy myself and some friends a latté or two.  But that would be about it.

Ultimately, though, it was a remark or two from Gina Garrubbo at the ’08 BlogHer conference in SF that helped me turn a corner.  She was urging us women to take our writing seriously, to “take the money” and “build the business.”  I don’t know about the “build the business” part, but I am finally willing to decide that it’s better to besmirch (decorate? accessorize? clutter?) the sidebar with honest-to-goodness adverts (interspersed, fortunately, with Public Service announcements) than it is to stand on principle, watching all the while as a steady leak of $$ drains my latte fund the kids’ college fund.

And the sisters at BlogHer make up a prodigious network of women online — THE major network of women online, basically — which I was only too glad to officially affiliate myself with.  The fact that Public Service Announcements cycle heavily through their rotation is another major plus.  Warms the cockles of a bleeding heart progressive’s heart.  Whatever a cockle is.

Do accept my apologies in advancefor whatever annoying animated whizzing and moving about might happen over there in the ad slot, right below the navigational box jobbie.   I’d suggest you utterly ignore it, but that would be cutting off my wallet to spite my face.