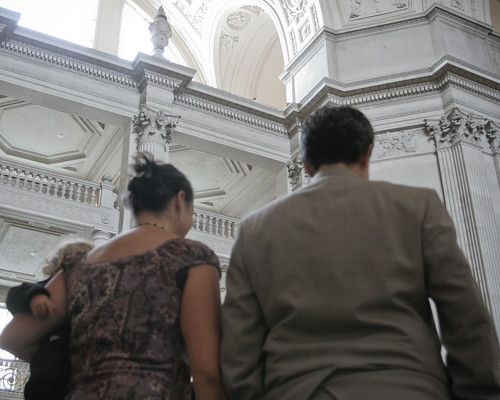 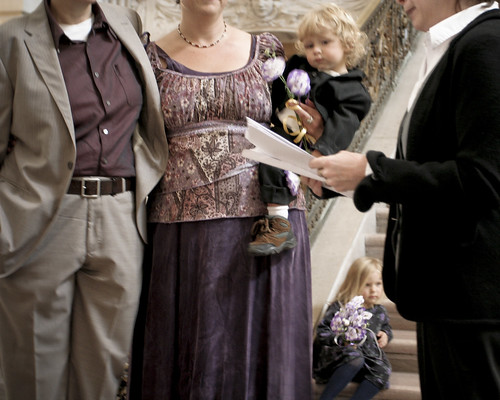 Beaux-Arts majesty is always in style.

Inscribed in the rotunda, reconstructed following the devastating 1906 earthquake:

The event itself was an impromptu, extemporaneous riff , eleven years in the making.  Make that over thirty, if you consider that’s how long I’ve known our “solomnizer,” my sister’s best friend and my surrogate sister.  About that long, too, if you consider the lengthy battle over this institution in this state.  The post-event party was thrown by my sister (abetted by a small crowd of worker-bee family members) as a gift to us, and featured a repast to be remembered.  It was far more moving than can be rendered a few words.  Suffice to say, it made us — and all our party-goers — want us to get hitched annually.

Now go thou with like spirit to make the future thine.

[Many, many thanks to all for all the warm congratulations.]

29 thoughts on “I highly recommend the venue”