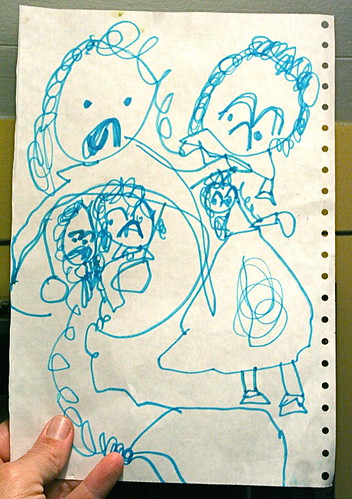 My first thought was: Should I be worried?  A friend who’s a mental health professional says, No. Says I should be more worried if she’s drawing faces with no mouth, or no eyes, etc. Weelllllll, okay, I says, marginally convinced.

I put it to the lil’ monkey.

Baba: Wow, sweetie, that’s quite a drawing. Can you tell me what you see here?

Punky monkey: You tell me. [Where the hell does she get that, little smartass. Ooop! Moi.]

B: They look sad to me.  Or angry.  How did you feel when you were drawing this?  Were you upset?

M: No.  This one is silly [points to upper left one, sans eyebrows].  The rest of them are angry.

B: So these are angry people.

An out-of-work truck driver accused of opening fire at a Unitarian church, killing two people, left behind a note suggesting that he targeted the congregation out of hatred for its liberal policies, including its acceptance of gays, authorities said Monday. (AP)

Deepest compassion to all in the UU congregation in Tennessee, and particularly to the families of the victims.

Seems like every day, the choice just gets clearer and clearer: we’re saved by love, or we’re cooked by hate.  This is the time for everyone who believes in love to take a stand.

When?  That would be now.  Right now.

Where?  Arizona, California, and Florida this fall, to start. 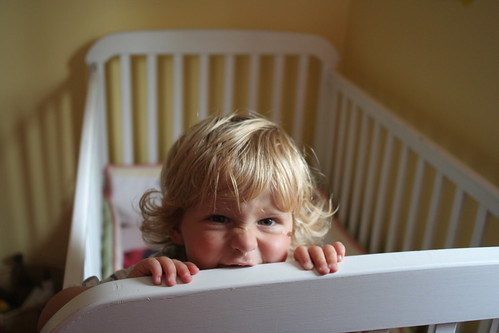 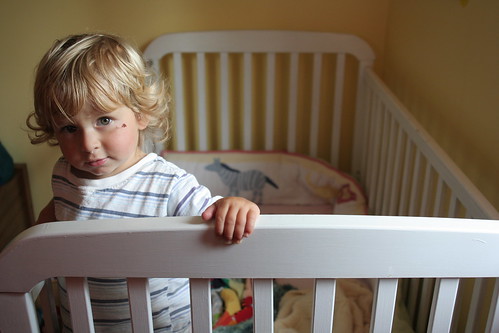 What are you going to do?

My recent braggy fit about our daughter’s budding literacy might have left the impression that we’ve rushed out and purchased a set of kid-sized Latin flash cards. We are thrilled for her, and cliché-proud, and daily taken aback by what goes on in her feverishly active little brain. But we’re more tempted by the “Good Manners” flash cards (yes! they actually exist!).  Because below that brain lurks a heart, and it’s the heart of a three-and-a-half year old. Which spells F-R-E-Q-U-E-N-T   S-A-T-A-N-I-C    P-O-S-E-S-S-I-O-N. We’re holding off on the Nobel nomination just yet.

Three weeks back I alluded cryptically to a nightmarish shopping expedition. The short version ( “Short version?!” some of you just blurted out, sputtering coffee on your monitor, since you know better than to think you’ll find anything other than the long version at Casa LD), ahem, the shortish version is that somewheres about the canned goods aisle, the lil’ monkey realized something. She realized that when Baba is shopping with her and her little brother, Baba will not stray very far from the cart in which said little brother is parked. It didn’t take her long to draw a connecting line between this truth (Baba is a slow-moving, cart-tethered object) to the realization that she could wreak havoc all over the store, limited only by my will to chase her.

She still doesn’t quite understand what I mean when I refer to my “many paws” (it may confuse matters that I always paw the air when I use the word). But she does know that it means Baba can be guaranteed to chart the path of least resistance, so as to avoid boiling her own blood, or flipping a switch and behaving like an angry monkey at the zoo.

The girlie began testing her epiphany with delicate little forays further and further toward end of the aisle. Finally I called out to her, using the absent tone of a parent unaware of the holy hell that’s to come.

“Punky, sweetie, stay where I can see you, okay?”