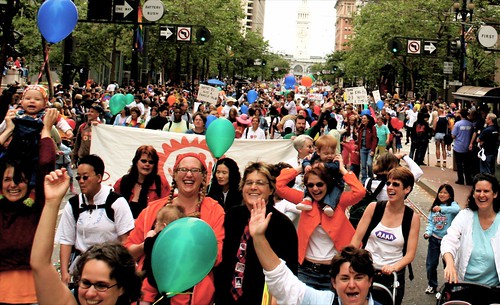 All week I have been contemplating what I might put in my heart-rending concession speech, to be published promptly after the polls close on this Weblog Awards whirligig. Then I thought: why wait ’til the end of the night? Because what I was going to say would have been identical regardless of the outcome. Plus I have been studiously unaware of the proceedings for days, anyway.

See, I stopped checking the Weblog Awards “Best New Blog” poll numbers a coupla days back, after the party got really nasty. Don’t get me wrong; I appreciated that some folks stepped up and reigned in their over-zealous party guests who had been hurling epithets and eggs and ad hominem attacks in good-natured fits of enthusiasm. “No offense,” I imagine the freshly chastised party guests saying, “you pathetic little salad muncher.” Tosser. Whatever it is. My Know-It-All Brother-In-Law has intimated that if I watched more late night television or read more Hustler I would know that this not a reference to vegetarianism.

Ah, but the feel of spittle on the face is just gross, and you know, there are two kinds of people. People who haul off and punch someone who spits on them, and people who remove their pressed hankie out of their breast pocket, daub the spit off, carefully re-fold the hanky, return it to the pocket, and then turn and walk away. Which, after leaning over to a friend or two and saying “That was totally gross” and then thanking the civilizing party host over at the blog whence the spittle came, I did.

See, I thought I was standing in line at the carousel. Let me explain. Some other lesbian parent bloggers and I were interested in opening up lines of communication between our rich online community and that of straight parent bloggers. So we encouraged folks to nominate LGBT family blogs for the “Best Parenting” blog category. As an afterthought, I included my blog in “Best New Blog.” What the hell, I thought; more folks will stop by and take a look as they’re idly perusing the nominees.

Imagine my surprise — shock, flabberghastedness, and sure, glee — when I found that this here blog was selected as a finalist. By what process heaven only knows; I’m still convinced it was a typo. (“Thespian Cad?”) But suddenly I was no longer in line for the carousel, chatting with other parents, whose shared guardianship of young people would help us speak to each other in tones we both understood. Now I was lined up for the roller coaster. A really raucous roller coaster, with some nice people onboard (Konagod and Reformed Chicks Blabbing were both quite gracious quite early). But packed in with us in those close quarters were also a handful of chumps capable of sucking the fun out of any roller coaster ride.

This week’s “Best New Blog” voting ride — this relatively inconsequential facet of blogospheric navel-gazing — rapidly became highly polarized between Right vs. Lesbian. And it did so for reasons that I’m convinced have very little to do with the merits or demerits of any finalist blog’s content, or the value it provides to its intended community, or the elegance of its graphic design, user interface, or copy. Which is a pity, because if these factors were the only ones influencing this contest, I suspect we’d see a pretty different voting outcome for all the finalist blogs. I certainly doubt it would have become what has amounted to a protracted, two-blog, arm wrestling match.

But regardless of the content of any of our blogs, they — not to mention the dedication and GOTV acumen of the friendship networks that have propelled their votes — speak to central issues at this cultural moment. The ascendancy of the “gay marriage” movement. The “gayby” boom. The exhaustion a great many people have over the amplification of divisive “values” issues when our nation is engaged in a calamitous war, when the economy and global climatic issues cry out for attention. I believe that it is the collective weight of these larger cultural issues, for which our blogs are mere stand-ins, that have propelled this hundred some-odd-post, single-authored, very narrowly defined niche-market parenting blog into any kind of competitive position against a group-authored, broadly defined political commentary blog.

Whether on a roller coaster or a carousel, what unites our community — and in this case, by this “our” community I mean not just LGBT families, but people who support us, and they are obviously legion — is a very, very strong desire to see to it that the world our children grow up in is more filled with love, less filled with hate. I could be more complicated about it but there’s no need. We work toward this by supporting one another, in person, in groups, at events, and online. And many of us believe that the more other folks know about LGBT families — and the clearer it is that legions support us — the less spittle there’ll be. Not on us queers; we’re frickin’ used to it. I mean on our kids.

Because when people spit on me for being a lesbian, that spit hits my kids. And my kids will watch people spit on me, and they will look at those people, and remember what their faces looked like when they were spitting. My daughter will grow to be a woman one day; my son, not yet born, will grow to be a man. Chances are they will be heterosexual, and I suspect they will not for a moment tolerate a world in which that kind of hatred is tolerable, not for one post, not for one day. At a party, on a rollercoaster, or anywhere.

Until my kids grow up, my job is to squat down next to them, when the situation calls for it, and do a very good job of explaining why anyone might spit on Mama and Baba, essentially because we love each other. I will hazard an analogy. I will try to explain how most people are right-handed, and some people are left-handed, and it’s always been that way. I will try to explain how no one knows how a person acquires “handedness,” but in the past left-handed people have been quite persecuted, and even without outright persecution, the world is organized around the presumption that everyone is a “rightie.”

Now imagine if “right-handedness” was thought to be natural and “left-handedness” unnatural; imagine some thought the one is following God’s plan, the other is a sin; the one deserves full legal rights and protections, the other should be grateful for some variant on Separate But Equal. I will then say, Love, at this moment in history, is like this. Mama and Baba’s love is “left-handed” in a “right-handed” world.

Then after I do a decent job of making hate and fear seem reasonable, I will try to explain to them how critical it is — how very vital it is to the purity of their spirits — that they not do the same. Love the spitter; hate the spit.

At the outset of this week, in reference to the heterogeneity of the various “Best New Blog” finalists, I wrote:

I find the fresh breeze flowing back and forth across heretofore unlikely combinations of authors and readers really interesting. If we were all at the same cocktail party we’d be in opposite corners of the room, either studiously ignoring the others, or maybe even pitching Vienna sausages at The Enemy. Me, I’m a wannabe Bodhisattva, so it is my position to be the Enemy of no one, except perhaps Time. (Though I do think Time started it first.)

Yeah, well it’s all fun and games until somebody puts out an eye. And promptly after I caught a Vienna sausage in mine, I stopped sniffing that fresh breeze. Said to myself: “Woops! I knew there was a reason I never wandered over to that side of the cocktail party.” But I know from another finalist in the “Best of the Rest” category that dialog has continued to one degree or another, and she, for one, has been contributing to a respectful exchange. For which I am infinitely grateful. Because if anything of any real benefit comes of this week’s horse race, it will be some degree of increased mutual respect, maybe even for some, increased compassion. All our children desperately need that to be able to face the real issues of their generation. And that’s the only prize worth fighting for.

The sagacity of hope

28 thoughts on “We really are family”