Folks, I’ve arrived! That piece that came out in the Advocate earlier this week did indeed flush some detritus out from under the bushes.  My first ad hominem homophobic attack (in seven years of online publishing) arrived in ye olde inbox this morning!  Name redacted to protect the woefully ignorant:

After reading about you in the ADVOCATE, I’d like to say some things.

When you were very young, you became emotionally alienated from your
mother/mother figure(s).  Maybe she was absent.  Maybe she was mean, or weak, or
too girly.  She didn’t connect with you well, and didn’t give you the mothering
you needed.  You came to identify with males, and continued to crave that mother
connection, but transferred it to other females.

That is the truth.  You weren’t born that way.

Your kids do need a dad, but you are not a dad.

“Gays” have been useful to the Left.  They have been exploited by both
parties.

The ex-gay truth will prevail.  It will not cease to be true.

Mrs. Dad, ever of the theater world, quipped: “It’s like you’re an off-Broadway show and you just got picketed! This is great!”

Aside: I was an English major in college, and I thought it was only we literary critics who engaged in armchair, distance psychoanalysis of strangers. Funny!

Anyhow, since this is a multi-media site, abetted often by the visuals, I thought I’d toss in a sweet image of Mom and me as a tyke: 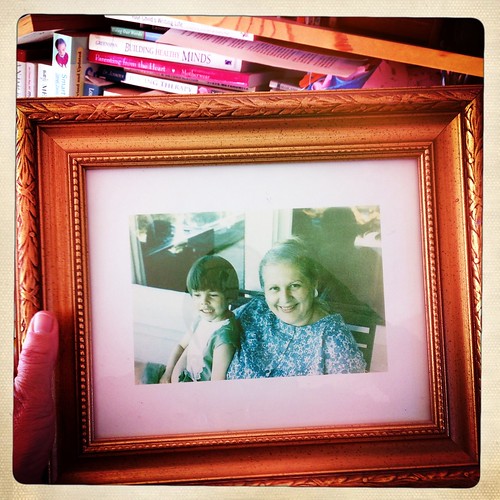 I know, right? Move over, Olivia De Havilland. Yeah, and don’t tease me about the bowl haircut or the Sunday dress. It was in the mid-1960s; we were visiting my grandparents and had just gone to church. I wish I had more recent images to share. Like, oh, ones of her with my kids.

She did bake cookies with a friend’s kids one time. That’s as close into grandmothering as I saw her able to get. Died before my sister had her kids too. So. That’s the mom story!

Hey, but Woeful: you know what will never cease to be true? LOVE! That I firmly believe. With mom in heaven, in my heart, hovering wherever she did or did not relative to my growing understanding of myself. And the love in that woman’s eyes that you see in that picture (yes, taken by my Pops, who loved her then and loves her still), was so ginormous, so consequential–20 years after her departure it’s still operating under its own momentum–that I have a bunch extra to share with you.

A string of thoughts after Tucson

16 thoughts on “If you build it, they will come”