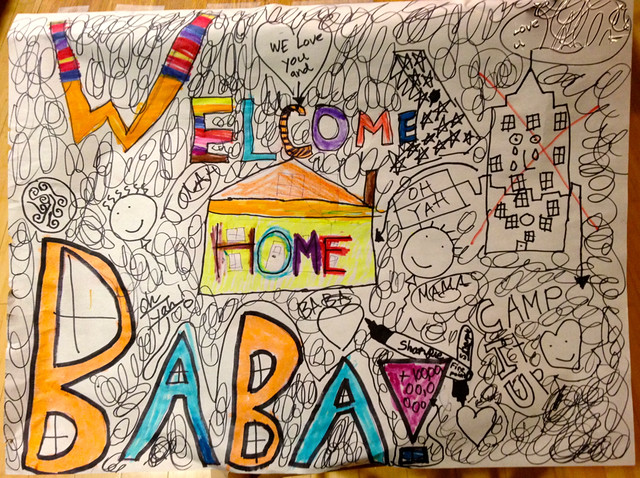 Something of a lacuna between last post and this one, into which you may insert: one conference of 5,200 people, 250 of whom (speakers, readers) I was particularly responsible for & to; six days of work thereon in NYC (including travel to, fro, and a partial day of recovery within); an average of four hours of sleep per night (unlike many attendees, this was due to work rather than play); and finally: a week of regaining equilibrium.

Best image to plug the gap: the above, which was the sign that greeted me upon arrival a week ago tonight. I had been gone for a week, and as of my return, my family would be gone for several more days, off at Camp It Up, the LGBT family camp.  It is held one week a year and one week only, and yes, that week. Note the weeping facsimile of the Empire State building (orange X marks the spot).

Big sister drew the letters; little brother colored them in. Baba stared at this for days and still considers it one of the most beautiful works of art in the household.

But for those who might like a visual analog to a close parens/ end quote; something to pair with the image from the post before: a view heading back in the other direction, Manhattan off the starboard wing. Hasta la vista, city that never sleeps. 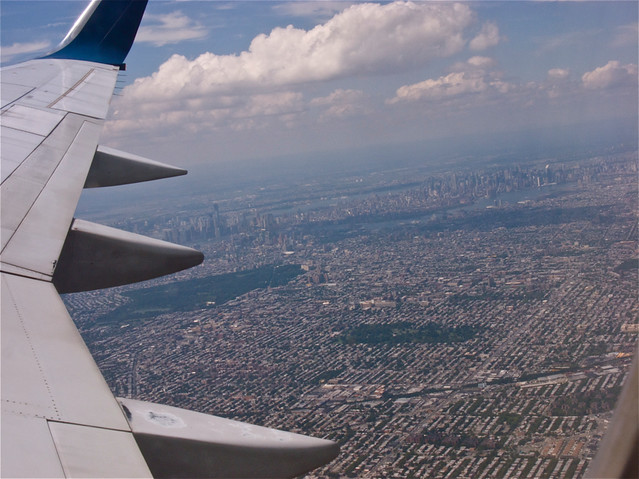