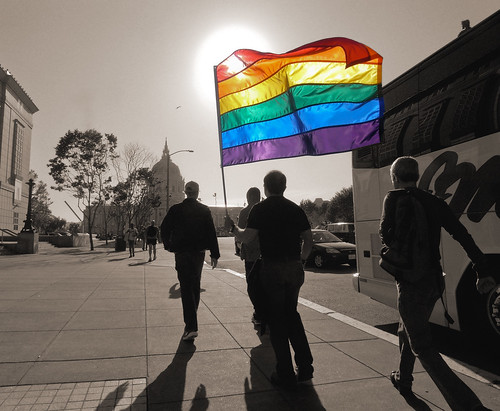 Normally I do these weekend photos in black & white. This one seemed worthy of exception, particularly since so much of the story this week, at least for me, has been about the fierce explosion of LGBT pride. Every setback seems only to multiply people’sÂ determination. Next stop: Washington, D.C., on National Coming Out Day weekend — October 10-11, 2009 — to demand full, equal protection in all matters governed by civil law in all 50 states. Now. (I’ll see you one large state-level setback, and raise you one fierce, energized, uncompromising national movement.)