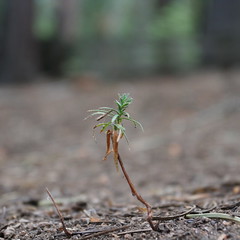 [Limping just a tad bit behind, here’s the second in a series for Robin Reagler’s Freedom to Marry Week blog carnival, What About Love]

We were given license to marry in May 2008. It was new to feel welcomed into the protective embrace of the state. But not walking into your new home new; more like stepping onto an alien spacecraft new. Granted, it was an alien spacecraft I had seen a lot on television and in movies. But I had never been on the inside of it, and it felt strange being in there.

New, too, was the feeling that a very powerful entity which was once one of my people’s greatest enemies was now our protector. The state Â and homophobic/heterosexist people hiding behind it Â  had been the single most likely thing to tear us asunder in our hour of need. Ask the family of Lisa Marie Pond, a Washington woman on an R Family Vacation cruise two years ago. Â She was rushed ashore to Jackson Memorial Hospital in Miami following a heart attack. Her children and her partner of 18 years, who had medical power of attorney and every other document they could conjure, were denied access to her as she lay dying of an aneurysm, for eight hours, in their emergency room. Not legally recognized as immediate family. A homophobic/heterosexist law gave a hospital social worker all the power needed to enforce what can only be described as a craven bigotry. “Florida is an anti-gay state,” Pond’s partner was told. Indeed.

But once I felt that the law was behind my partner and me, and not in front of us, Â a deep well of anger opened up that I had not yet taken the measure of. Â Yes, anger. Â Because it was only when I truly, deeply realized what I had been missing for all these years, that I realized what I had been putting up with. Â And to paraphrase Churchill, it was bloody nonsense up with which I could no longer put. Â

Our entitlement to legal recognition didn’t have much of an opportunity to become old before it came under well-funded, highly coordinated, long-premeditated attack by a cabal of religious right-wing and anti-gay organizations. Â The campaign on behalf of Proposition 8, looking to repeal the recognition of same-sex couples’ constitutional right to marriage, exposed something else new, something I hadn’t felt to this degree in over forty years of living in this state (half of them as an out gay person). Â Call me naÃ¯ve (though I think I’m not), but I was unprepared for the vehemence, the depth, the breadth, the conviction of the anti-gay hatred we saw. Â These sentiments may well have felt just as novel to those in whom they were being frothed up. Â After all, we gay folk had only been newly entitled, just freshly recognized as the legal equals to heterosexuals. It’s quite easy not to take stock of your feelings about a group of people so long as they’re kept safely in their place.

In response to this I saw something else novel: volumes of strong support from so many heterosexual allies, not just family, or friends, but people far far away, whom I’ve met once or twice, maybe, or even not at all. Â My suspicion is that we’ve not felt this before because the need had never yet been so focussed on such a dramatic, simple point. Â Likewise, I suspect for many, it was only when the California Supreme Court shined the light on this previously dark corner of the state’s constitution that they realized: Daggone, it could have been like this all along! Â It should have been like this all along! Â We could have been standing up next to them, fighting with them and for them, all along! Â Four state supreme court justices, after years of scholarship and deliberation, lit a bunsen burner under the behinds of gobs of people, friends and foes alike.

But as Matt Foreman has said, and I agree with him, it was an uphill climb from the beginning. Â It was arduous, though every moment of unexpected brutality was met with an unexpected moment of grace. Â One such string of them: my 87 year-old father stood with my sister and her 10 year-old son on chilly afternoons in our home town, some rainy, holding signs and bearing witness. Â And experiencing something new to them: homophobic epithets, flung in their direction. Â The fight we all fought together gave each of us a more intimate appreciation for one another, what we withstand every day and what we’re capable of, both queer folk and straight allies standing alongside us. Â Of all the new things uncovered by the Supreme Court decision and its roller-coaster aftermath, this is one of the most precious.

Early November 2008 brought the last in a string of novelties: following the passage of the anti-gay marriage initiative, a feeling of disillusionment and fatigue on a scale I’ve not yet known as a result of a political battle. Â This one took more out of more of us than anything has yet, and many of us are still trying to piece together why. Â Something about a juxtaposition. Â A right, finally recognized, and then so quickly — and visciously — taken away. Â The bitter, bittery irony: the need to “protect our children” was one of the primary arguments used to remove our children’s legal protections. Â An old injustice, newly vanquished, then just as quickly, resurrected again.

And don’t forget Up Popped a Fox for Best Overall Lesbian Blog. Â So’s I don’t feel guilty. Â And ’cause she deserves it. Â

[Here are the other Somethings new at Robin’s carnival.]

[next in this marraige equality series: Some/thing borrowed]

For the short time that we’re here, we are here together