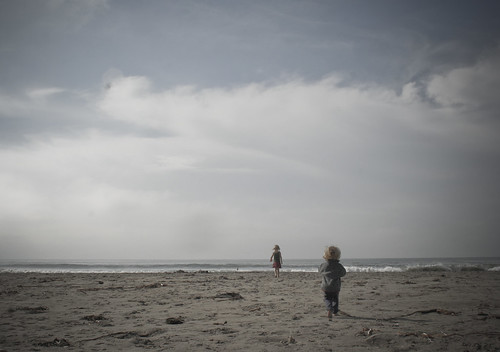 Tough times in my home state these days. Â The wait for that “nice thing” to say keeps getting longer and longer. Â

Surely a silver lining will become evident in the clouds over us (dueling recriminations: homophobe! racist! bigots, all! meanwhile the powers that be at the LDS and the Knights of Columbus lean back, and smile). Â Lordy at times it feels like not just hard rain, but frogs and locusts are coming down. Â

All on this Obama parade, the one that we’ve waited lifetimes for, ferchrissakes. Â

The phrase “Eyes on the Prize” came to me when looking at this image above. Â From the point of view first of my son, and then me. Â Only my daughter knows what she’s got her eye on.

Here’s Mavis Staples rendering that movement classic with a tensil strength hard to match in other recordings of it. Gird your loins (or heart, or whichever) for the camera’s unblinking eye on white violence against black Americans fighting for their civil rights. Â A useful reminder for some, inspiration for the rest of us (i.e., O President-elect, My President-elect).

My country ’tis of thee.