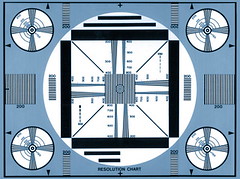 We had a fire, okay, not a fire, but a whirr-click-whine! whirrr-click-whine! sound that repeated itself for, as we now learn, a devastatingly long period of time. Thatâ€™s because the sound was emanating from our computer’s external hard drive, where we store all the essentials weâ€™d grab if there actually were a fire, after we had already grabbed the living creatures and the box I keep at my meditation altar that contains locks of my motherâ€™s hair and trinkets my nephew gave me. The digital valuables in the hard drive consisted of countless precious documents, hundreds of scanned-in and dozens of purchased albums of music, and, most important, tons and tons and tons of pictures. Into the thousands of â€˜em. Mostly the faces of people and creatures we love, some of whom canâ€™t be photographed any more, all of whom are no longer what they were when they were photographed over the past few years.

Did we backup? Not enough, is the short answer.

A lot of the music is recoverable, thanks to the Know-It-All-Brother-In-Law (aka the KIABIL), who lives downstairs, and who takes proper care of our two households’ digitally intertwined collective music library. But for sure, no documents were backed up. Also no photographs since late last year, when in a pre-birth nesting fit, I backed up every digital photo I’d taken in the previous several years. After Christmas Eve, though, and up until what’s on the CF card in my camera now, everything goes dark. Pre-birth, birth, post-birth, infancy ’til now. The last months of my dog.

More massive works of art and memory have been lost much more violently, of course. Ralph Ellisonâ€™s long-awaited follow-up to Invisible Man was burned to cinders in a fire at his Massachussetts home in 1967; he was famously devastated, and the work, Juneteenth, was published only posthumously after years of reconstructive surgery (and some imaginative supposition) by his literary executor. Maxine Hong Kingston had worked two years on a novel, The Fourth Book of Peace. One hot, dry October day in 1991 she returned home from her father’s funeral to find her neighborhood in flames. The manuscript and all the notes that led to it were incinerated, along with her home and the homes of thousands of other families on that Oakland hillside. Twenty five people died in the Oakland hills fire, too, the loss of life only compounded by the loss of its signs: objects, products of a life’s work, triggers for memory. (Consider this effort by one group of New Orlineans to reconstruct memory in Katrina’s wake.)

Soon after my girlie Max died â€“ I mean minutes, I mean when we stepped out of the late-night emergency pet clinic, where we finally had to take her â€“ I began the familiar process of making the absent present. Or trying to. Looked at the weeds growing at the base of the light pole that she had sniffed not more than two hours before. Imagined the sway of her body as she walked from scent to scent along the sidewalk there. Felt the act of remembering begin to supplant the experience of being in the presence of. At home, everyday objects inevitably began to take on a talismanic significance: her collar, the inside of which is coated with the accumulated schmutz of years of her body oils. Her leash, still hanging by the door and certain to stay there for I don’t know how long; her bed, by my bedside still. The photographs I look to again and again. Now, too, the small cedar box of her ashes, which I picked up from the vet’s just a few days ago.

As soon as a year after my mother’s death, I began to dread the sensation that my memories were fading from direct memories of her into memories of my memories. It was the worst kind of simulacrum, in which the only things I would retain of my mother would be the memories that made the cut, the habituated recollections. The smell of her, the sound of her, her gestures, even, would now return to me only when triggered randomly by another smell, or a sound, or a gesture. At the time, I lamented this slippage of memory nearly as much as I lamented the loss of her. Another bittersweet paradox: time may help heal the wounds of loss, but often it does so by obscuring the very things one misses so dearly. Or at the least, by draping a gauzy haze over them.

Says the narrator, in the first volume of Proust’s Remembrance of Things Past (in its entirety in the public domain, here):

And so it is with our own past. It is a labour in vain to attempt to recapture it: all the efforts of our intellect must prove futile. The past is hidden somewhere outside the realm, beyond the reach of intellect, in some material object (in the sensation which that material object will give us) which we do not suspect. And as for that object, it depends on chance whether we come upon it or not before we ourselves must die.

As for Maxine Hong Kingston: she couldn’t return to the book she had written before the fire. Didn’t want to. She said, in an interview with folks at Powell’s Books in late 2003:

My way of writing is that I always have to be exploring. I’m always going into new territory. To just look back and try to remember what the old words were, it just would not be right. I had a chance to remember the old book. I have a former student who became a hypnotherapist; he wanted to hypnotize me, and then I would recall the computer screen and just read off the words. I thought that was the scariest thing because I would be caught in an old version and I’d only be using recall memory not remembering events, but remembering something word for word.

Compared to the loss of an entire home, much less people in it, or buildings and the people in them, or the better part of a city and a geographical region, the unrecoverable files on our defunct hard disk begin to assume their correct proportion. We don’t have pictures of the son being born; instead we have the son. We don’t have the digital record of ideas and work that we’ve churned up over the years using this computer; instead we have ourselves.

Not that we asked for it, but aesceticism does have its rewards.

Kingston said, in a May 2004 conversation in WaterBridge Review:

After the fire, I didn’t want things. At about age 50, I began to scheme to give things away â€” and I do this more urgently as I get older. I have to connive to get people to take my stuff. Everybody has too much stuff. I love that cartoon where the Dalai Lama opens an empty gift box and says, “Nothing! Just what I’ve always wanted.”