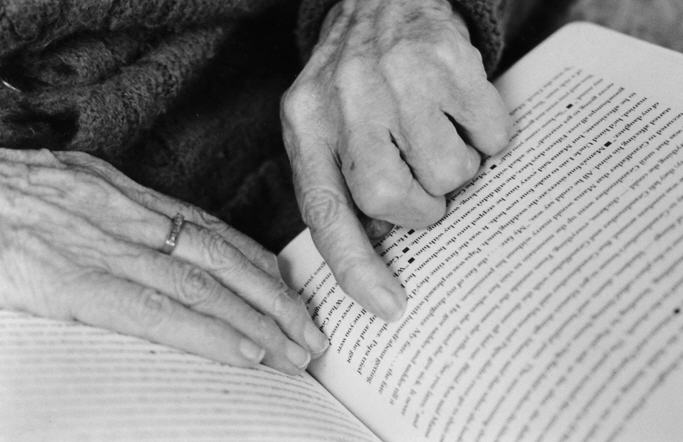 Tomorrow, Saturday, February 17, 2007, Tillie Olsen’s life and contributions to American politics and letters will be honored at a Memorial in Oakland. It will be the first memorial that our young son will attend, and in attending at just over four weeks old, he beats out his older sister, who attended a memorial service when she was seven weeks old. The vast difference here, though, is that this will be the first memorial service our family will attend, after a string of them, at which the person being celebrated lived what most everyone around them can testify was a full, long life, well-lived.

I used to think of this as the rule, and now I understand it to be the exception. An ideal, to be sure, but an exception.

I won’t memorialize her here, since so many more knowlegable and appropriate than I have done so already. I will borrow from one, though. Marjorie Osterhout, in her tribute at Literary Mama, shares this statement from Margaret Atwood about Olsen’s powerful impact on women writers, particularly working mother writers:

“Among women writers in the United States, ‘respect’ is too pale a word: ‘reverence’ is more like it,” novelist Margaret Atwood once wrote about Olsen. “This is presumably because women writers, even more than their male counterparts, recognize what a heroic feat it is to have held down a job, raised four children, and still somehow managed to become and to remain a writer . . . The applause that greets her is not only for the quality of her artistic performance but . . . for the near miracle of her survival.”

Olsen’s own words on this challenge, in Silences:

More than in any other human relationship, overwhelmingly more, motherhood means being instantly interruptable, responsive, responsible, Children need one now (and remember, in our society, the family must often try to be the center for love and health the outside world is not). The very fact that these are real needs, that one feels them as one’s own (love, not duty); that there is no one else responsible for these needs, gives them primacy. It is distraction, not meditation, that becomes habitual; interruption, not continuity; spasmodic, not constant toil…. Work interrupted, deferred, relinquished, makes blockage–at best, lesser accomplishment. Unused capacities atrophy, cease to be.

Olsen’s granddaughter Ericka Lutz dedicated two pieces from her Red Diaper Dharma column at Literary Mama to Tillie, “Death Watch,” and “The Things She Gave Me, The Things I Took Away.” From the beginning of “Death Watch”:

We’re swimming through mud. My husband Bill aches and falls up stairs. My daughter Annie forgets to eat; I eat too much. My heart hurts, a physical ache. Death has come to our family.

I met Tillie Olsen once, at a birthday party for the Buddhist feminist writer and teacher Sandy Boucher, who happens also to be my partner’s mother’s partner (our daughter’s GrandBaba). As a wannabe Bodhisattva and a would-be writer myself, I have found Sandy’s appearance in my life — via my beloved, via her mom — to be an especially sweet stroke of serendipity, a leaf of gold that unexpectedly fluttered down onto my shoulder. Tillie was a mother figure to Sandy, a mentor and a friend for thirty some-odd years. At this party were dozens of astounding women: writers, playwrights, composers, performers, filmmakers. Independent women of all ilks, many if not most lesbians, all feminists. Women whom my partner is accustomed to seeing in droves, as part of her mother’s life. Not me. For me, the birthday party was like a visit to an exotic orchid show, and I was slack-jawed with awe.

Alzheimer’s was already beginning to diminish Tillie, but not so much that she wasn’t able to enjoy the party, and not so much that she didn’t know what dear old friend was being celebrated. Pretty much. Regardless, it was clear that she was revered by many there (one of the celebrants, Ann Hershey, is currently finishing a documentary about her life and work). I watched Olsen, and watched all these tremendous women celebrating Sandy all around her, and took note of the enduring, even life-giving power of role models. For all of us, even those who are role models themselves.

I aspire to some humble version of this — role modeldom — for my kids. But more important, I hope I have the presence of mind to know when my model is fine, but not what they’re after, or need. May I be so lucky to be able to recognize and digest this, and may I help them to find a similar treasure trove of avatars, with such a beacon at the center.