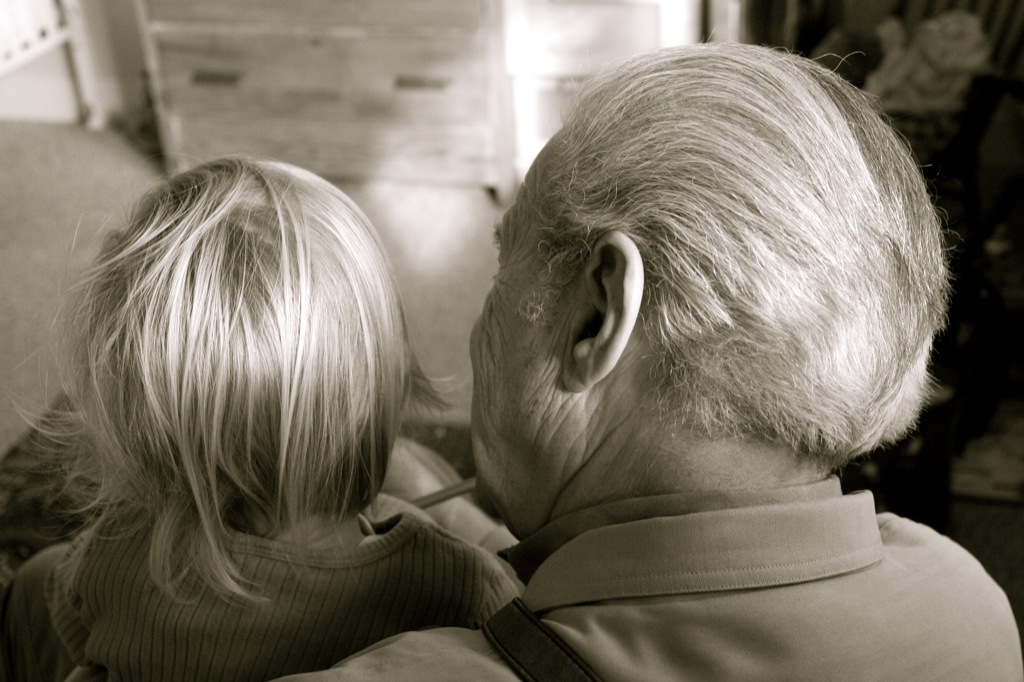 Our lucky darlin’ has two living grandfathers: my father, who lives nearby and who’s known as DadDad, and my beloved’s father, who lives far away in the Midwest, and is known as Grampy. He came to visit this past week, to the delight of all his grandkids.

They love his company for so many reasons, but surely capital among them is his way with a book. Believe you me, for unchecked entertainment value, it’s hard to beat a gracefully aging nellie drama queen reading a children’s story. Because he is, indeed, a gracefully aging nellie drama queen; a septigenarian theater actor to be exact. Patrick Stewart wouldn’t have sounded better. The enuuuuuuunciation. The baritone, the falsetto. The deftly dispatched Grande Dame British accent.

One night he had occasion — as he often does — to quote a line from some play or another he’s done. This time it was Oscar Wilde’s The Importance of Being Earnest. “This suspense is terrible! I hope it will last!” he exclaimed, in his Grande Dame voice. Whereupon the assembled debated a little about whether it was Lady Bracknell or Gwendolen (the latter). Then we begged him to do an entire medly of the whole play, with key lines from all the acts. He complied with glee.

The most moving of his literary performances on this trip, though, was his reading Harvey Fierstein’s The Sissy Duckling to all three of his grandkids on our couch. Its plot is all too close to his own youthful experiences, alas, minus the redemptive turnaround on the part of the stern patriarch. The very existence of a book like this, even if it’s predictably villified by homophobes, is sign of such a very different world than the one that so punished my fathers’ and his feminine masculinities. I wonder what brave new world will greet me, should I live as long as they? The suspense is terrible! I hope it will last!