Never was, ever! Much to the consternation of my parents, and maybe even one or two would-be (guy) sweeties in high school, whose identities were only revealed to me years later by my sister, to whom they confessed their love-lorneness. Â Who knew.Â

And before we go, I can’t help but leave you with this, sent around to friends this time of year by my chum (and regular LD commenter) Ann Z: 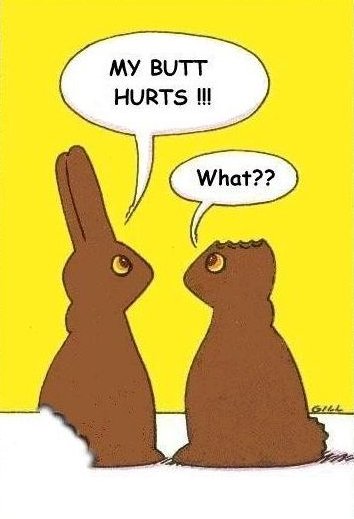 When the esteemed Dr. Rachel Maddow, Ph.D. (that’s Pretty hot Dyke, for those unfamiliar with academic acronyms) blew onto the national TV scene as a commentator for MSNBC, tons of gals’ undies got all up in a wad. And I mean that in a good way.

Coast to coast and up and down the internets, the Sisters of Sappho were all: Jumpin’ Jehosephat! It’s one of us up there! And of the butchie stripe, heretofore The Gender That Dare Not Speak Its Name! (At least it dare not speak its name on the television set, and according to reports by those who watch the series, if you were to search for this in between part of the gender spectrum on even something like The L Word you would be searching a long, long, long time.) But back to Dr. Maddow: She’s smart, we all said!  Plus she’s leftie!  Plus she’s not apologetic about any of the above!  I even got a little giddy myself (exhibit A).

In a stunning break with recent trends, a little lite fare!

I had occasion yesterday to be in a little correspondence with my New Jersey chum, the one whose pessimism makes mine look puny by comparison.  He’s Russia, I’m Lichtenstein.  This is one of many reasons to love him (like a brother!).  As coda following a rant about voter apathy/ naiveté/ complacency on the same-sex marriage topic (that is, before this past Wednesday, when so many were jolted awake), I noted this article—

BEIJING — A noxious cocktail of soot, smog and toxic chemicals is blotting out the sun, fouling the lungs of millions of people and altering weather patterns in large parts of Asia, according to a report released Thursday by the United Nations.

Here’s what me chum writes back:

Oh, it could always be worse. So so so much worse. All of us who grouse about unfairness would do well to remember that at times. You could be in a reeducation camp or in front of a firing squad, and I could be raising my girls as chattel. In that world, Kathryn would be just a few years away from having her genitals permanently mutilated.

The chart is prefaced by a cathartic rant/critique which, while it suffers from an unfortunate dip in rhetorical grace in the opening ¶, courtesy a ripple of unchecked misogyny, is peppered with some interesting insights and a nice Supreme Court case run-down.

For those of us scratching our heads and wondering what the hell just happened, and/or those of us who spent the vice presidential debate last night yelling at the TV time & again that “That wasn’t an answer! That was yet another meaningless cliché!” this does a tidy job of summing it up.

* [Addenda in the comments.]