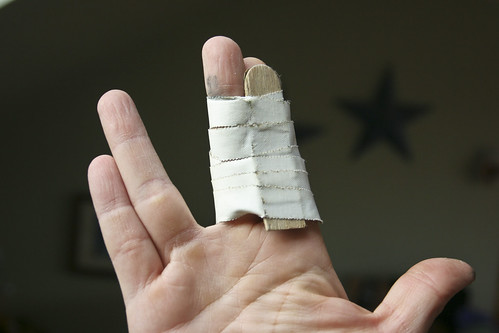 There’s a story that goes along with this. Â Details to be appended to this here post later tonight, after I get the kids in bed.

Long ago, back when people picked up newspapers in their hands in the morning and read them, then put them down and went on with other parts of their day (what a time!), The San Francisco Chronicle used to run a piece called The Question Man.Â  Somebody â€“ presumably The Question Man â€“ went around town asking folks some interesting question. A columnâ€™s worth of the short (Twitter-length) replies were printed alongside a thumbnail photo of the respondent and her/his name, age, occupation, and hometown. Through this we got a pulse-reading from our neighbors on matters great and small.

While I read it regularly â€“ along with Art Hoppe and Herb Caen and later Jon Carroll — Â none of the questions or answers were memorable. Except one: â€œWhen is a person â€˜middle agedâ€™?â€Â  The phenomenon (middle age) was a speck in my distant future, but I took a mild interest in the answers just the same.Â  Some folks named a year — 30, 40, whatever. Others used some other marker, like â€œWhen your marriage is older than your dog,â€ or â€œWhen you are the same age or older than movie stars and national-level elected officialsâ€ or some such. Â But one really stuck with me.Â  One woman said, â€œMiddle age is when you no longer apologize for yourself.â€

This last definition of middle age has stayed with me as the most compelling, until last Sunday night, when I discovered that middle age is really when you are capable of SPRAINING YOUR FINGER PLAYING AIR GUITAR WITH YOUR KIDS.

Yeah, yeah, I know.Â  Dictionary definition of â€œpathetic.â€ Iâ€™ll only add, for the record: it was to Lynard Skynardâ€™s â€œFree Bird,â€ and it was worth it.Â Â And this post took me 40 minutes to type. 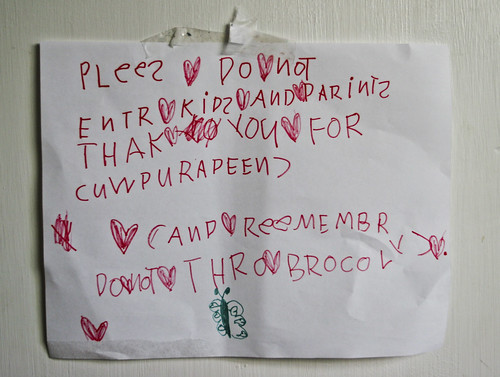 As I quipped on Twitter the other day — and that’s pretty much the main thing you can do on Twitter, quip:

3 kinds of menopause. Angry kind. Weepy kind. And chuck the broccoli over yer shoulder into the kitchen when yer son refuses to eat it kind.

Guess which kind I have.

Dispatch from BlogHer/Chicago 09 #1: Just a quick note to be filed in the “I don’t get out often enough” file: some tidbits from the SkyMall magazine. No tidbits yet regarding the conference because Evening 1 all I did was eat some wonderful free food, sip some wonderful free wine, hug many people excitedly, come up to my room, and then get only partially requited with the internet before crashing.

One thousand bloggers in the same hotel may be a wee strain on the system. Credit to the crack BlogHer events planning tech crew and the Sheraton, who has been feverishly installing/upgrading/what have you. I understand there may be a bellhop or two whose job this weekend is to lean precariously out a window holding a satelite dish in juuuuust the right position.

Now on to the quick note, before I rejoin the happy fray. There will be the jet-setters among you who are out and about all the time, and are utterly dulled to the jaw dropping wonder of the SkyMall magazine. But by my calculations, it has been just over two years that I took a plane somewhere. So I was utterly unprepared for the garden sculptures section of the magazine, which featured, yes, Â a GARDEN SASQUATCH.