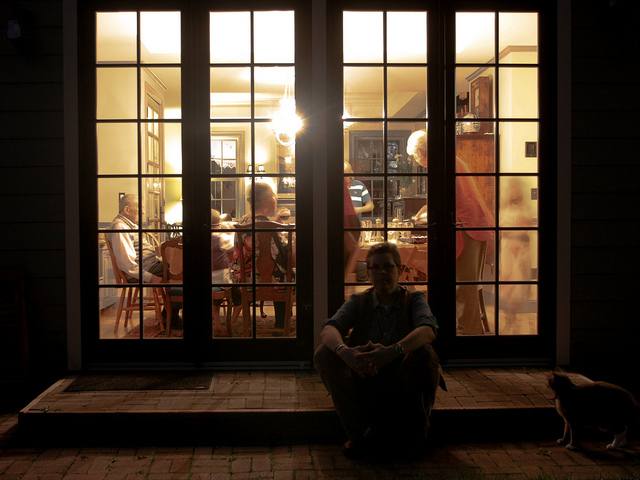 Twenty years ago last month, I was in the daze of my first weeks without my mother. I had been attending San Francisco Lesbian Avenger meetings during the summer, and then dropped off during the weeks before and after her early September death.

Finally I called fellow Avenger Masha Gessen.  I had to acknowledge what had become evident: that I wasn’t going to be able to come through with whatever commitment I had made at the last meeting I attended – back when I knew my mother was mysteriously ailing, but didn’t know it was a terminal metastasis of her breast cancer, in its final stages.

I told Masha what had just happened ­– that my mother had died a week or two back, and that all I could do was struggle each day to remember how to breathe and sip and swallow and walk.  Masha said: “Come over. My mother died less than a year ago. Breast cancer. Come over right now.” I was staying at my parents’ place in the East Bay, and Masha was in San Francisco.  It was late in the evening already, but something in her tone told me I needed to go.  I was spinning in an abyss, and her voice was the first thing I had encountered that sounded like it might arrest the spinning, maybe even establish a marker by which I could begin to navigate deep space.

I got to her Duboce Park apartment within the hour. She and her then-partner Mimi greeted me with full-hearted hugs, long, meaningful looks, and a mug of hot tea. Then, with a mixture of intensity and compassion, Masha began to map out the barren, unrecognizable landscape I found myself in: a world in which my mother was memory. What would it feel like a month in, when each day was a bewildering eternity? How about in two months? Four? A half a year? What could I expect of myself and those around me; what should I simply let go of, and watch drift away?

Twenty years later, I don’t remember Masha’s exact words (that I would survive, perhaps? in spite of my disbelief?).  Twenty years later, what I recall is simply a sense that the sum total of what she had to say, when she was saying it, and how, all added up to what I needed more than anything else in my life then, and I was infinitely thankful for it.  When it was becoming clear that my mother was indeed dying and there was nothing we could do to stop it, I remember thinking that my father, my sister, and I were like turtles flipped on our backs, waving our limbs out of habit, but now pointlessly, in futile attempt to find some solid surface against which to  right ourselves. And yet there was none: all around us was air, as far as we could see in every direction.

It would be months before I began to apprehend this strange new world I occupied; years before I righted myself. But Masha’s words that night served as both balm and compass.

Before I left the Bay Area to return to my graduate program in Minneapolis, I went to hear Masha talk once more, this time at a spoken word event at Red Dora’s Bearded Lady Café, hosted by Kris Kovick. Masha was reading from a piece she was in the midst of still writing, about how queer community was helping one another survive, underground and against all odds, during the Bosnian war. A Moscow-born journalist with joint US and Russian citizenship, she had been to Bosnia, and wrote from first-hand knowledge. She read her draft off a laptop computer, scrolling up through the pages as she read. She had much to say; the room was rapt; but this is what has persevered through the years: war does not make people different from who they are, or better, or worse. It makes them a more intense, distilled, pure version of who they are. She said (as I recall it): narcissists in war become ever more intensely narcissistic; the generous became spectacularly so, and so on.

The self, under duress, in hyperbole.

I have not been witness to war. But I have been witness to intense, smaller-scale human trial, of the sort that visits middle class families in developed nations not at war. Over the years, I’ve been amazed to find how Masha’s observation continues to ring true, if to scale.  We are who we are, only more intensely so, under trial. So the decent continue their decency; the trusting trust yet more; the mistrusting mistrust yet more.  The capable become hyper-capable, superhumanly so. People try, or don’t try, as they have always tried, or never really tried because they never really could.

I find myself in a different landscape now, twenty years later, Dad just now gone.   The topography is familiar, but just vaguely so, as settings are in a dream (“It felt like my house, but it wasn’t actually my house. It was you, but not really you.”) His was a death not unexpected, a life well- and long-lived. The first such in a family that has seen several deaths.  We have been here before, and yet not like this. The post-death vista I expect is craggy, violent even, with chasms that seem to be capable of opening up unexpectedly and swallowing you. This landscape is gentler.  Not the young, unscalable Rockies, but Appalachia, worn and surmountable from the years.

I approach this afternoon’s Thanksgiving table with a heavy heart, as well as a mixture of trepidation and wonder. Last year, Dad sat at it (there he is, at the far left in the picture above). Both he and I, when it came time to say what we were thankful for, said we were thankful for Dad’s still being here. Which we very much were.

This year, when it comes to me to say, I will muster my thanks for Dad’s long life and relatively peaceful passing.  I’ll save for silent speech with him my sorrow over the gifts I tried to give him when he was here, but could not. I’ll look around the table to the family Dad has left me in the hands of: my partner, my children, my in-laws, my dear friends.  We’ll be gathered outdoors, under a pepper and a willow, in the heart of the community his generosity helped make possible.  And I’ll think of his favorite passage from Robert Frost:

‘Home is the place where, when you have to go there,
They have to take you in.’

He turned to this far more intuitively than Wolfe’s “You can’t go home again,” of youth, or Stein’s “there is no there there,” of the lost Oakland home of her childhood.  I used to think that the nugget of meaning in Frost was that your first home would always be home; your first family will prove themselves your family by forever taking you in. They simply have to.  Dad may well have thought it meant this, too.

But of course they don’t have to take you in; not all are capable over the course of a lifetime and its duresses. Eventually, there may well be no there there. If you read Frost in the way I think Dad did, those lines can slice deep, particularly on days such as today, so exalting of hearth and home.  But I read them differently now.  Now, I think: you discover family and your home among those who will take you in, when you are in need.  Family of origin or family of choice, and not always both.  Each, in times of war or of peace, during famine or feast, being the best and only selves they can be.

8 thoughts on “Home, lost and found”