You are here: Home › B is for Buddha

B is for Buddha 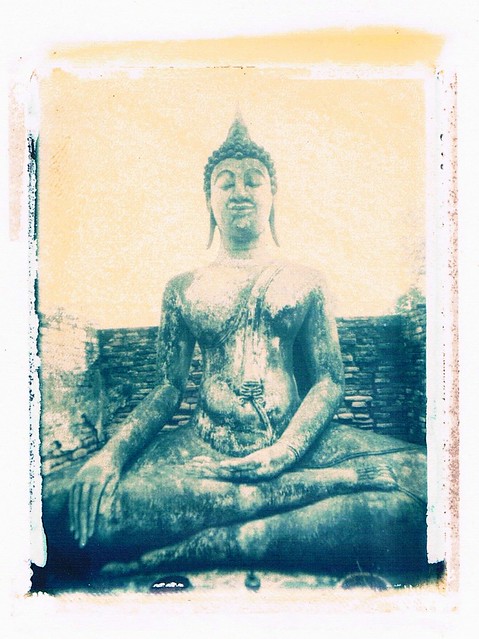 Buddha, providing me positive role modeling since the late 1990s.

This is a bona fide Polaroid transfer I did of a bona fide analog film slide I took with an actual, physical film camera in 1997, on my beloved’s and my “sweetiemoon.” (That’s non-marriage for “honeymoon.”) We went to Thailand for about a  month following our commitment ceremony. Her brother’s gift to us had been frequent flier miles enough to go anywhere in the world. First class.

Back in the olden days, there were actual physical bookstores, so we went to one (Cody’s, the late great Berkeley institution), sat down in the Travel aisle, and pulled book after book off the shelf. Seychelles? Chile? Thailand, a Buddhist country in which it was reputedly easy for two “unaccompanied” women to travel, won out. So did we.

← A is for About time
C is for Childhood, anointing purity thereof →