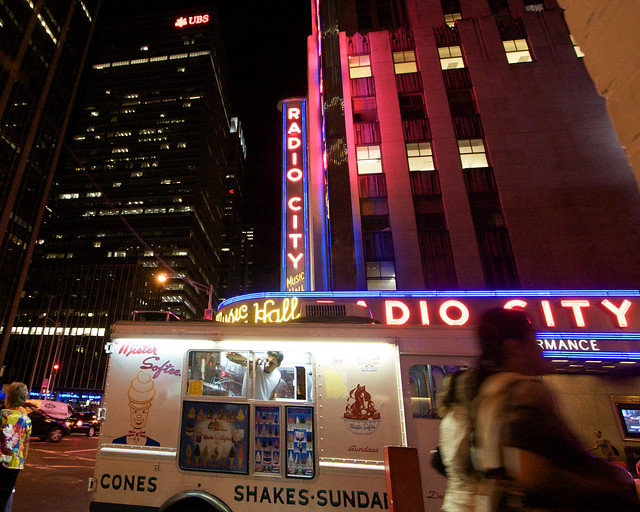 The above image was taken after an unsuccessful pilgrimage to rout out Dr. Maddow from her lair, the public entrance to which is down the street to the right. I was along as sober chaperone to three self-described “giddy fangirls.” One fangirl, Liza (of day before yesterday’s pickle image), was in Twitter contact with Dr. M’s man on the internet @WillAtWork.  “He says she hasn’t left yet!” Liza excitedly read off her smartphone. “Or at least he doesn’t think so!”

I myself was of the belief that while Will was Tweeting Liza, “I’m not sure if she’s left the building yet,” he was texting his boss, “GIDDY FANGIRL ALERT! TAKE SERVICE ELEVATOR TO PLAN B EXIT!” and so forth.

As with all pilgrimages, it was far more about the journey than the destination.  Particularly because a dazzlingly intelligent, mannish lesbian just a bit taller than me (who me? jealous?) was not found at the end of the journey. At least not to be that night. The future lies ahead.