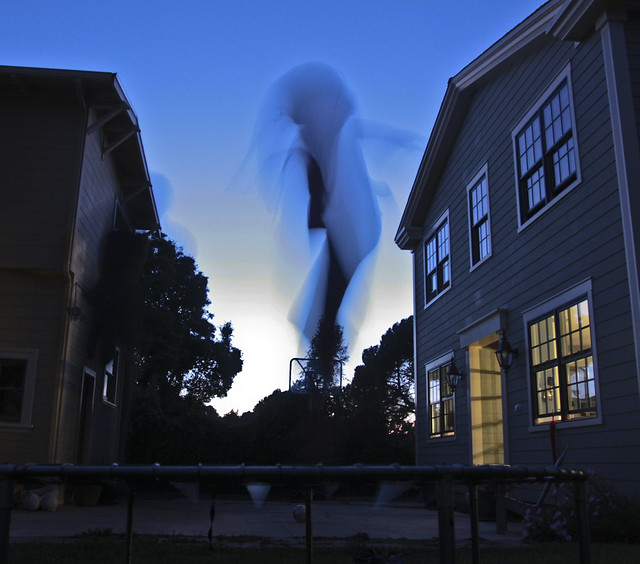 It was a crepuscular time of day, this particular one an extremely beautiful version of it.  Filled with the bittersweet of the ending of one thing and the possibilities in the beginning of the next.  All in a twilit season: summer’s ending–you can feel it–and winter’s sending its feelers out.  This evening was unseasonably warm, though, and so the children had to be out in it.

After dinner, the they carefully ushered unicorns from the back of their cousins’ house to the courtyard between the houses. I was told their names were Sarah, Rosie, and Twilight. I was also warned that they’re spooked by: “odd bodkins,” “creaking, crackling noises,” and “flash photography.”

Before long, the siren song of the trampoline beckoned the kids.

To take any of these pictures and not frighten the unicorns, I couldn’t use a flash.  Which of course renders a much truer image.  Moving objects move.  Static ones (a house; a tree) abide.

You can barely see the children.  Some essence remains visible, but the rest is a blur.