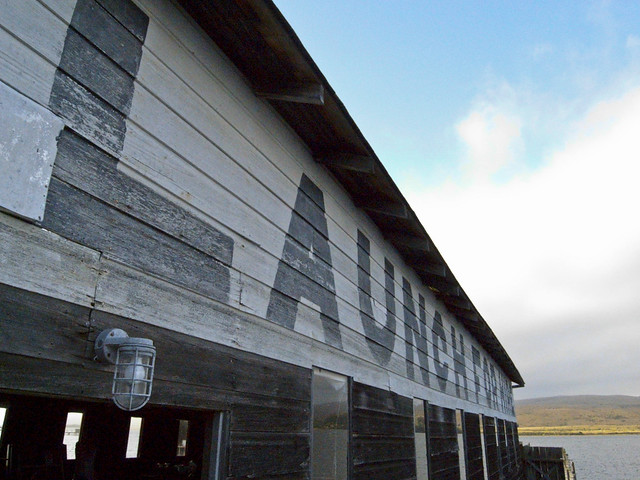 So last weekend, just hours after New York state became the sixth in the union to recognize same-sex civil marriage, we attended a straight one which could just as easily have taken place in any of the fifty states. I know, funny, right? LGBT Pride weekend, and we go to a straight marriage. Whaddaya gonna do. Love, apparently, is love.

Fortunately there was a really nice Pagan overtone to the event, a simple and relatively succinct affair which took place in the back yard of a family friend of the bride’s, not far from Point Reyes Station in West Marin County. This is as picturesque a locale as you’re going to find in rural Northern California. God’s country, if you can call it that as a Pagan sympathizer.

Especially appreciated by our boy child was the groom’s gorgeous tunic, which sported bejeweled paisleys and was tied at the waist with a sage green sash.

Much fun was had at the ceremony venue: the usual wonderful post-union stuff. Â Old friends reunited and marveling at one another’s lives and spawn, family singing around the piano, folks dancing slowly to the music, kids romping and frolicking, a dog perpetually dropping an increasingly microscopic little slobbery chewed up stick on the lap of anyone, anyone who would pick it up and give it a toss. Yet more fun was had afterward when the party repaired to an old boat house on Tomales Bay, co-owned by some of the bride’s cousins. Â LAUNCH FOR HIRE, it reads in bold letters across the side. Â I’m not sure in which decade this statement still held true, but last weekend, it was home to the happy launch of a new chapter of dear, blessed relationship.

The only relationship our kiddles really paid attention to was theirs with a GINORMOUS trampoline, on which they bounced for literally hours, with a new friend (daughter of spouse of cousin of bride, said bride being oldest friend of the beloved). Â What’s better than a long, lazy afternoon-into-evening adventuring in a ramshackle boat house on a quiet bay with a dozen or so really, really happy, loving, gentle grown ups? All of the above spent with someone you had no idea you’d meet, way back in the morning when your parents were trying to persuade/cajole you out of the house already, we’ve got a long ways to drive, and we’re going to be late for the wedding.

As it turned out, both last weekend and during the brief window we had a shot at it ourselves in California back in ’08, we just made it in time. 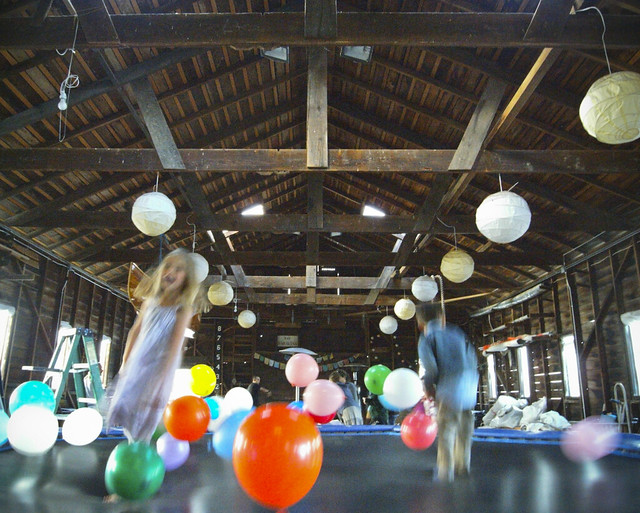 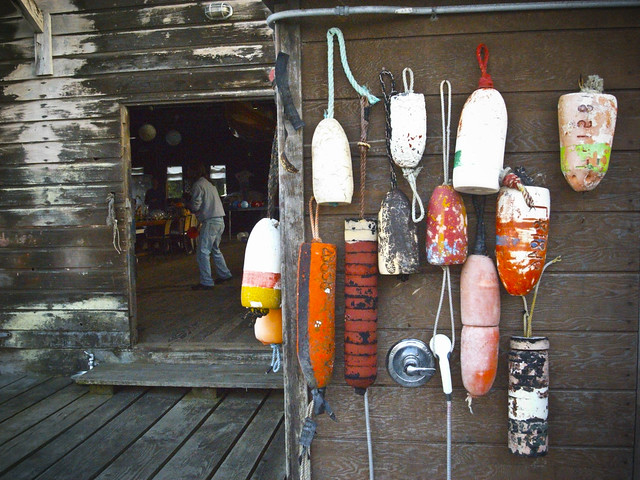 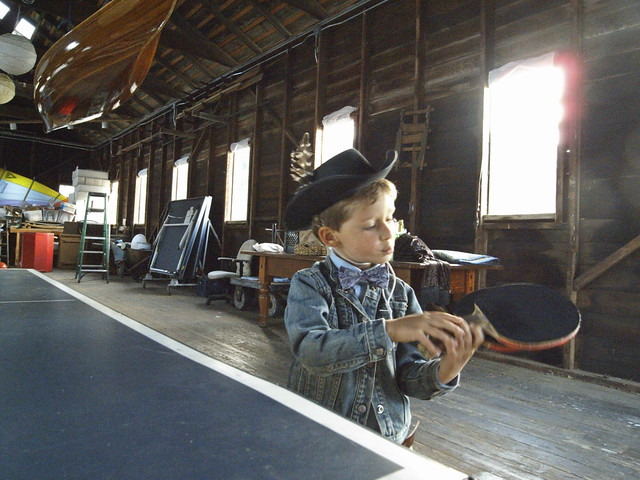 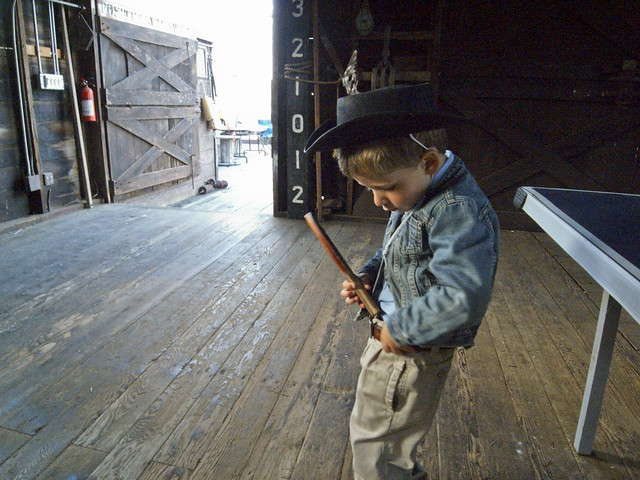 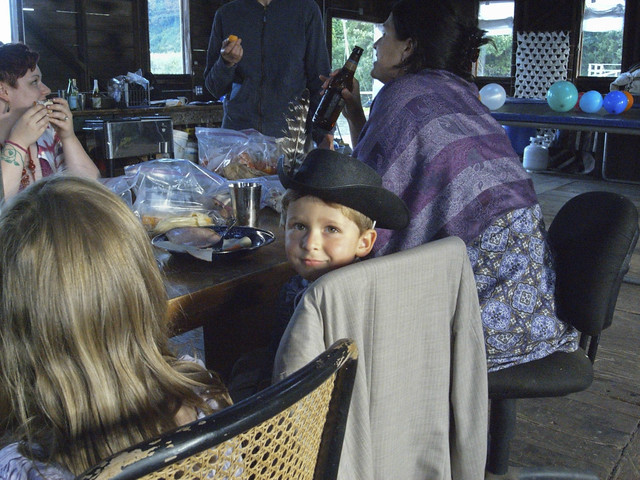 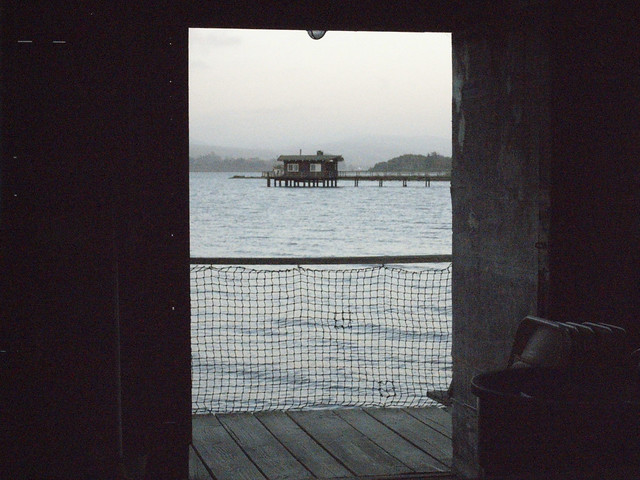 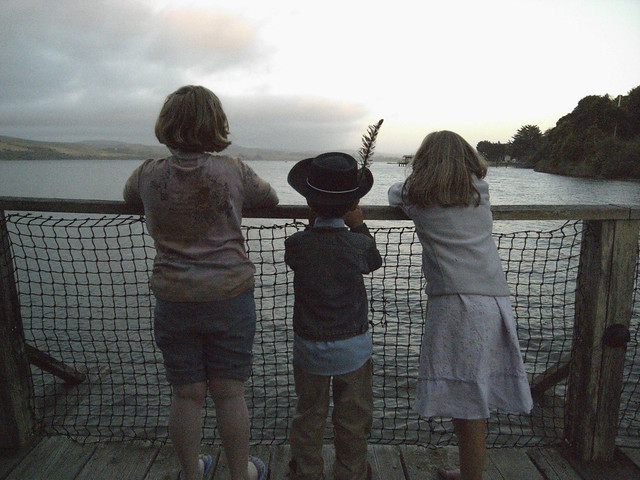 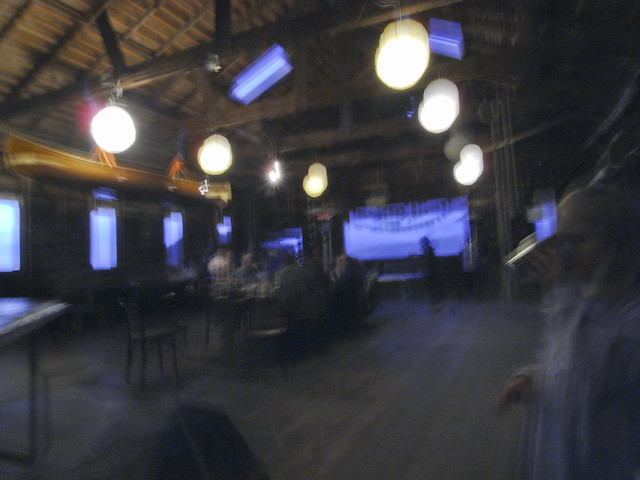 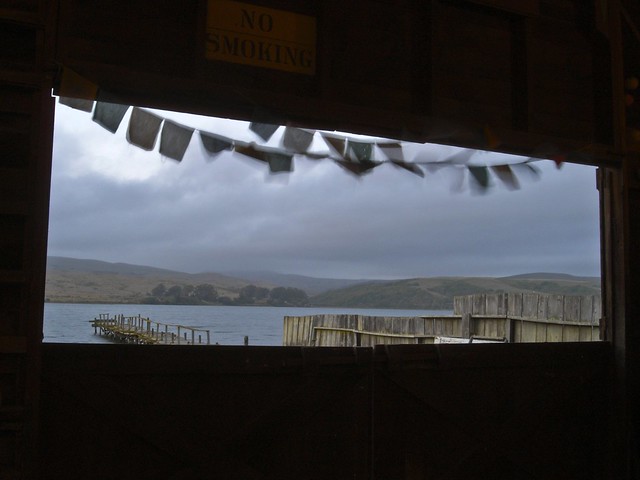 [All the love in the loving world to you, Bebhinn and Tuan. And from Buddhist ecologist Joanna Macy’s union: “May you ever be strangers to one another.” Which to me means: learn, ever; presume, never.]