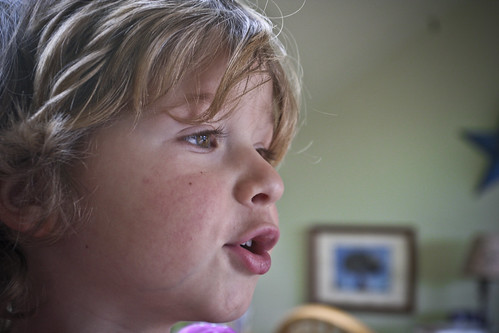 His Mama’s youth music theater company’s Once Upon a Mattress might have closed this past Sunday, but not in the boychild’s mind. Â Every day brings a fresh opportunity to dress up and sing along to pretty much every part, from Princess Winifred the Woebegone to Prince Dauntless the Drab and the whole royal retinue in between.

Oh, he skips some lyrics and provides his own original interpretation of others. Â Artistic license. Â In “Opening for a Princess,” he sings that “nobody’s getting any yogurt” (the rest of us thought it was “younger”), and “you can recognize a princess by her elegant hair” (and here I thought it was “air” all along).

A portrait of the artist as a young man

One thought on “One-boy medley factory”