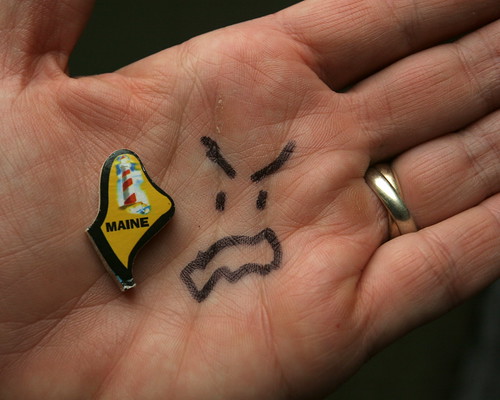 So, fellow progressives, stop thinking about suicide or moving abroad. Want to feel better? Eat a sour grape, then do something immediately, now, today. Figure out what you can do to help rescue the country — join something, send a little money to some group, call somewhere and offer to volunteer.

Thanks to Julia Rosen, tireless organizer and Online Political Director for Courage Campaign, for getting these words into my inbox today before I went to the nearest lobster emporium, blasted that B-52’s song, and did things I would later regret.

And for additional moral support, there’s this trenchant post from Kate Kendell at NCLR on her blog this morning: “The Day After a Hard Night.” She closes with these words:

We have the privilege of living in the midst of our own civil rights movement.Â The cost of that privilege is the same cost it has been in every movementâ€“our humanity and dignity is attacked and undermined and we stand tall, never give up, and never lose faith.Â  Today is a test, and we must be the measure of it.