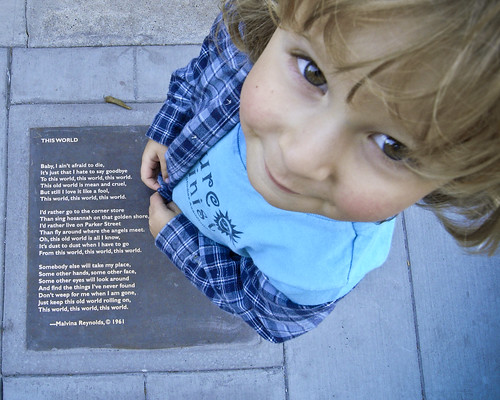 The deathless Malvina Reynolds, on death (and loving life). “This World,” 1961:

The lil’ peanut, unencumbered by adult awareness of mortality, is standing on one of the 128 poems along downtown Berkeley’s Poetry Walk. Â Former poet laureate Robert Haas chose them, and they all are either by celebrated Berkeley residents, or celebrating Berkeley itself.

2 thoughts on “This World”