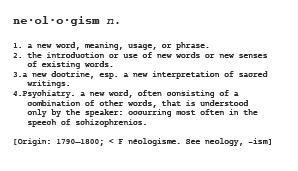 In my “It’s all relatives” post last week, I neglected to clarify that the group of LGBT parents to whom I was primarily (though not exclusively) referring was “intentional” queer parents: people whose families are planned and realized from inside their queer relationships. The phrase “queer family-making” carried the burden, but too obliquely.

The ever-astute Dana Rudolph clarified that distinction, and noted that “intentional” parenthood characterizes some, but by no means all families in the current “gayby” boom. Many kids are born into heterosexual families, before one or another parent comes out and continues to raise them. Significantly, at least as of the moment, families planned and realized from within LGBT community skew towards the white and the middle class on up, Dana notes, citing research by Gary Gates, of UCLA’s Williams Institute on Sexual Orientation Law and Public Policy (himself cited in the Pittsburgh Post-Gazette article about which she posted).

All this inspired me to dust off and enliven a page that had long been in the hopper: a wee LesbianDad Glossary, now gracing the primary page links stretching across the base of the header up there (around about my right armpit, actually). Several factors spurred this glossary:

â€¢ Folks like me might find it of use. When my partner and I took our first steps on the inevitably long, circuitous road to becoming parents (having mastered the “lesbian” part of “lesbian parent” much, much earlier), there was a ton I didn’t know. I started writing about lesbian parenthood in general, and gender-blended, non-bio parenthood in particular, for two reasons, first of which was that I did not want women like me to feel as alone as I initially felt, as a Parent With No Name. Offering a shortcut to some of the lingo is yet another way to wave away the mist and speed the sistren along their ways.

â€¢ Folks unlike me might find it of use. I write to a broad audience which, though it has lesbo parents — even butchy, non-birth parents — at its core, includes hetero parents and even all-purpose people, parental or not. I’d love to help such folks understand more about what we’re up to and why. Especially because some of them might be our children’s teachers, or doctors, or coaches, or friends’ parents. Reason number two why I started writing about all this stuff. It’s not like I’m going to sit idly by while our children meander through a world that doesn’t comprehend (or worse, utterly overlooks; or worse, ridicules; or worse, denies legal rights to) their family of origin.

â€¢ In the future, I can make E-Z reference to a term in the glossary, thereby relieving the burden from posts. Ah, the footnote: a lazy/loquatious writer’s best friend.

â€¢Â Language-making is fun! Those of us in the thick of this intentional queer family gayby boom are making a lot up as we go along. New family rituals. Our own sub-culture within our sub-culture. Legal and medical hacks, while we agitate for rights and recognition in the legal and medical spheres. And language.

In closing, I would like to say: Help me! I would love this Glossary to reflect the know-how of as broad a cross-section (of LD readers) as possible. I still only know about a handful of you*; the number of those who have registered to comment amounts to about a fifth of the number who visit daily. So I suppose many of you’d have to register to submit a word for the LD Glossary. If for whatever perfectly reasonable reason you don’t want to register to comment, you could drop me an email via the Contact page. And if you look this glossary over and can’t think of anything to add, please consider passing my plea for LGBT parent vocab on to your friends.

Finally, to the fine print: As chief cook and bottle washer at this blog (and as the sole web-host and name domain bill-payer), I reserve the right to exert a modicum of editorial authority. But I promise I’ll take each suggestion in the same spirit in which it’s given.

The political is personal

If you build it, they will come

3 thoughts on “Making it up as we go along”