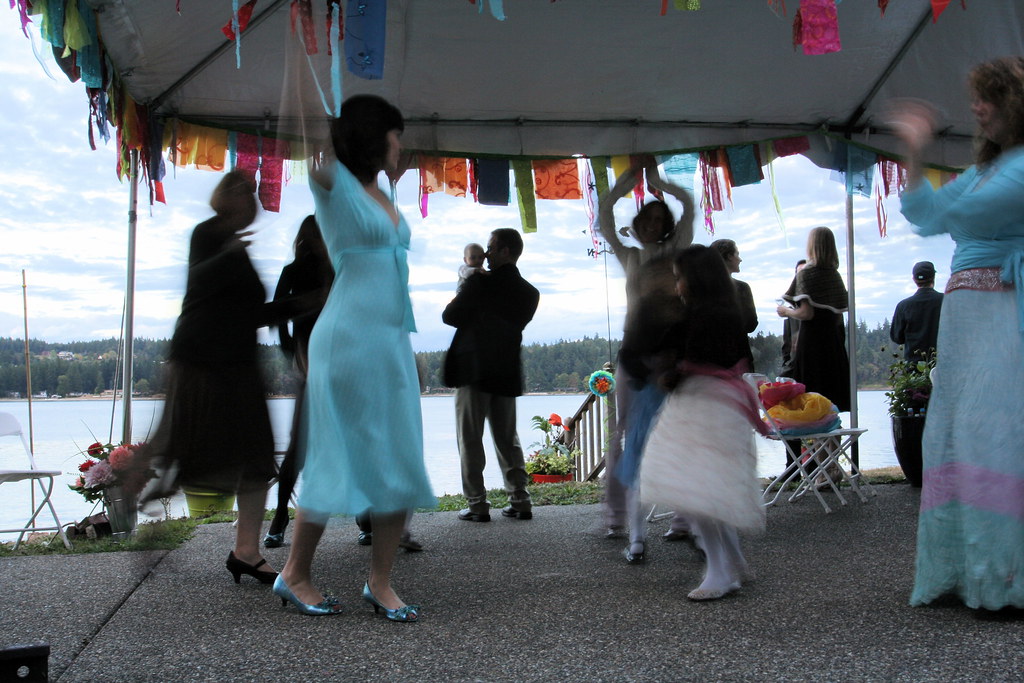 Gone this weekend at a (straight) friend’s wedding in Seattle. Worked it as designated (lesbo) photographer. News flash (a): one (straight) man drew my rarely unleashed butch wrath. Okay, alls it was was I had to wrest the wine opener back outta his hands after he offered to “help” me uncork a bottle of wine. You’d think my dapper tie might have inspired him to consult the “Things I Would & Would Not Do or Say If This Were a Guy” playbook. Ah well.

On the upside, news flash (b): every (old school, bio-male) dad I talked to was totally intrigued about our commonalities as non-birth parents. They found it fascinating to discover that many of the things defining their early experiences of parenthood weren’t due the limitations that biological maleness might place on their capacity to bond or nurture, so much as to the unique role of s/he who does not carry or bear the child, and then s/he who does not have the milk.

And why wouldn’t they presume that much of what distinguishes their parenthoods from that of their wives are simply those things that distinguish men from women? What’s to compare to? I would imagine most straight male fathers don’t know many lesbian moms, and few if any, know lesbo moms who think of themselves more like lesbian dads. Soon enough, they will. And at that point, I suspect they–and we all–will start to look at fatherhood in a new light.