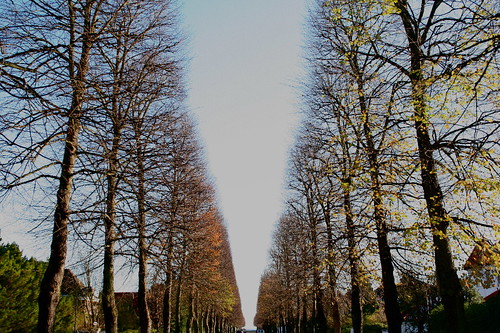 This here’s a pleached allÃ© on Hambros Alle, in the Â neighborhood we stayed in. It ends in the Ã˜resund, the strait separating Denmark from Sweden. Â We walked by this many days, and every time I wanted to stand in the crosswalk and stare and stare and stare, into eternity, or if not eternity, then at least the distant bump of Sweden.

The beloved just closed her youth music theater company’s production of A Chorus Line, and with that the swing shift part of our family life is slowly, gratefully, opening back to normal. Two of us to do (and trade off doing) what drove a menopausal monotasking Baba half-way up a tree to do solo for too many weeks. With increasingly unhappy kids. Again, I have no idea how single parents do it.

I was already half-way up a tree in the first place, so being driven the rest of the way up it located me at the tippy-top, where the view might be pretty, but the balance is precarious. 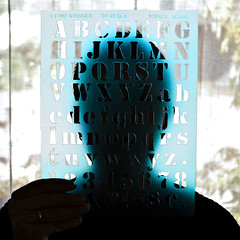 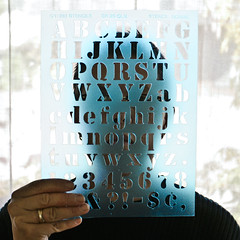 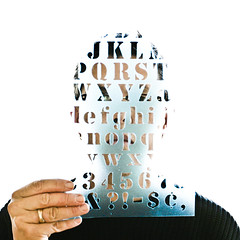 Things aren’t been easy. Life-wise and blogularly, and particularly at the points — few, if significant — where those two lines converge. Those who write narrative nonfiction and draw heavily on autobiography are always in danger of writing themselves into a corner: it’s the Faustian bargain one strikes to gain access to the ever-present gold mine of material. But a corner of some sort is where I seem to find myself at the moment. At least until I can figure out how to turn it. 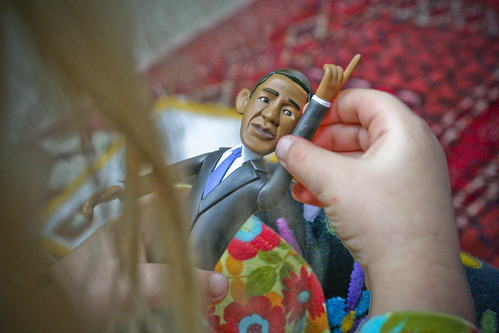 Yesterday was a day that defies hyperbole.  And I say this as a chronically hyperbolic person.  I left a crumb trail of disjointed remarks throughout the day on the Twitter thingie, which showed itself to be a phenomenally clever mechanism for enabling an open-ended number of people to talk at, and sometimes even with, other people.  In brief but fun spurts.

From the small clutch of voices I can manage to keep track of there, as well as perusing elsewhere, Aretha Franklin’s voice had most of us in tears, from the realness of it, the import of it all.  And, at least that day, and at least for me, it had the effect of a big ole Warren de-tox cleansing enema, a  Jedi mind trick.  “That was not the homophobe megapastor you were kvetching over,” her voice told us, as she passed a well-manicured index and middle finger in front of our mesmerized faces.  As I was saying to one of the preschool staff this morning, Warren sounded hollow and fake to my ears, and Franklin sounded real.  Likewise Rev. Lowery.  The preschool staffer, an African American woman old enough to know the both Franklin and Lowery and the history they’ve spanned, nodded emphatically.  When Rev. Lowery finished his closing benediction, I lept up to my feet and pretty much applauded my watch right off my wrist.  That.  Now that was the invocation for this event.  I went and grabbed a pen and paper when he got to the part:

And now, O Lord, in the complex arena of human relations, help us to make choices on the side of love, not hate; on the side of inclusion, not exclusion; tolerance, not intolerance. And as we leave this mountaintop, help us to hold on to the spirit of fellowship and the oneness of our family.

Box Turtle Bulletin has both the text of the benediction and NBC’s feed of it.

So basically, Rick who?  from Saddle what? is my position on the matter right now, in the alpenglow of the inaugural day.  Most sane people will remember things like the look on Beyoncé’s face as she sang “At Last” to the President and Mrs. Obama [!] the First Lady.  Okay, or sane people like me will.