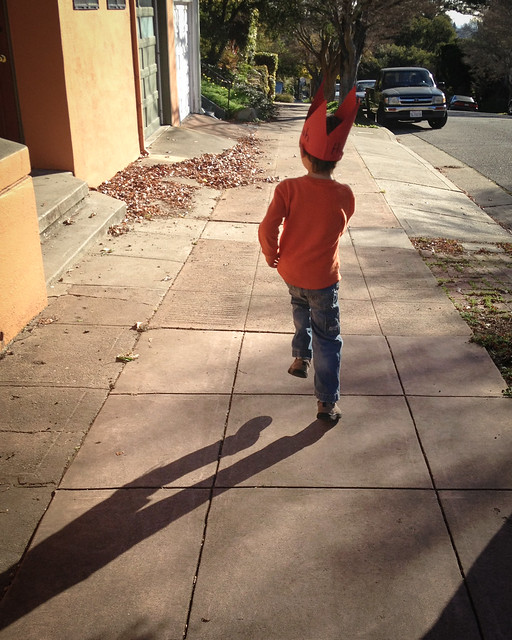 On his sixth birthday, Berkeley, CA.

He skipped the entire distance from midway through the school yard and down the street to our trusty steed. That crown’s his teacher’s handiwork, bless those amazing, amazing people.

Much afoot of late. Same day this chap turned six, his grandfather, whose name he bears from the middle on out, took a spill and wound up back in the ER at the local hospital, whence he had not a few days before exited, post-minor stroke.  That same night, yrs truly promptly fell ill with The Influenza, which is only juuuuust beginning to saunter off, stage left.  Accursed thing. Pops is more or less stable now, “salad speech” pretty much a head-scratching artifact of the past.  Though the memory, shaky to begin with, is notably diminished and diminishing. Cheery spirit still intact, lard love him.

And the boy? He’s wearing six very, very well. Qoth A. A. Milne, back in 1927, when his grandfather had just turned six:

5 thoughts on “Now Some of Us Are Six”