Mama’s opening a show tonight, and what that means is that the household has not seen her all week. Only slightly exaggerating. Â Those familiar with the ways of the theater will know that tech week is like a collegiate final exams Hell Week, times a million. Â Certainly with more drama.

By now, those of us left abandoned by tech week approach it with a game, can-do attitude. For me this translates into: anything goes. Will it help pass the time? Good, we’re doing it! Might it take their mind off the vaguely un-plugged feeling that’s haunting them? Alrighty then!

Culinary and diversionary options ordinarily out of the questionÂ are back on the table. Â Eating out at low-cost, high-fun local eateries is a must. And the week ends with a pizza and popcorn-filled movie night. Maybe this time we’ll do ice cream, too. Live it up. (Ice cream: it’s not just for Grandma’s anymore.) Don’t know what movie’s on the docket for this Saturday, only that it won’t be Seven Brides for Seven Brothers (don’t ask). Suggestions of winning films for 3-5 year olds will be much appreciated. Musicals especial favorites.

At any rate, last night it was dinner at one of their two favorite taquerias (the other of the two having been patronized earlier in the week). As we took a shortcut through an alley to get there, what should we espy but the world’s most mysterious, fascinating doors! 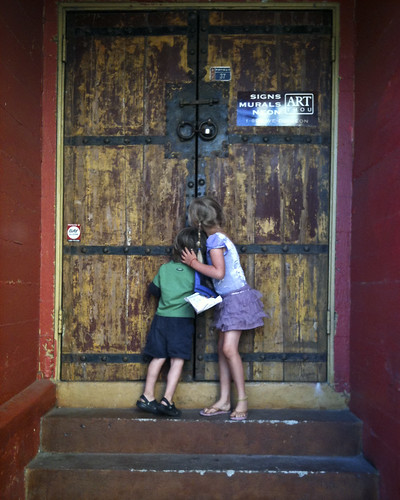 Some things just cry out for a closer look. 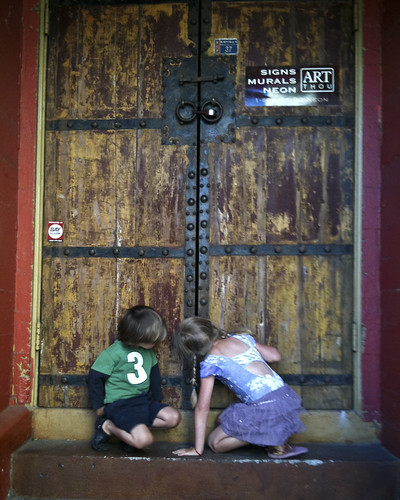 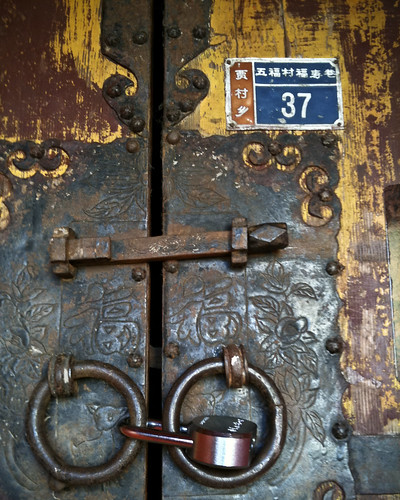 For the Young Frankenstein fans in the crowd: “What knockers!” 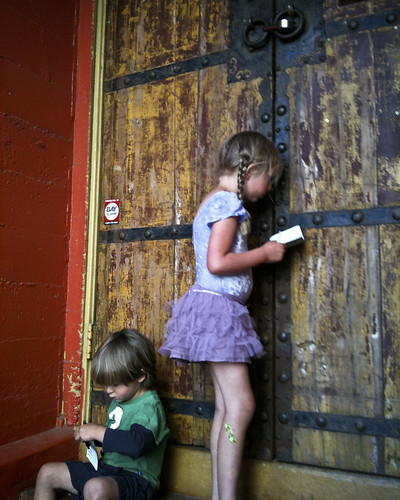 Proper stationary supply fetishists-in-training, they had all the tools they needed and fell to sketching what they could peep of the insides, as well as taking notes on them. The doors seemed to access some sort of storage area of the nearby movie theater. Didn’t matter, though. What they could dream up was a lot more interesting than what actually was.

3 thoughts on “Doors of mystery”