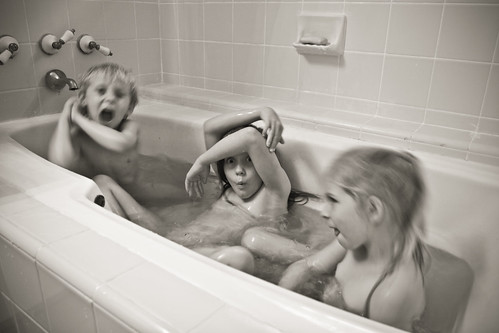 Tub mayhem, Carmel, CA. (Two years ago, these same kids were this big.)

Even though the bath has been a reliable barrel of fun, most of the fun for these kiddles has been found or made outdoors. Â It has usually entailed either beaches: 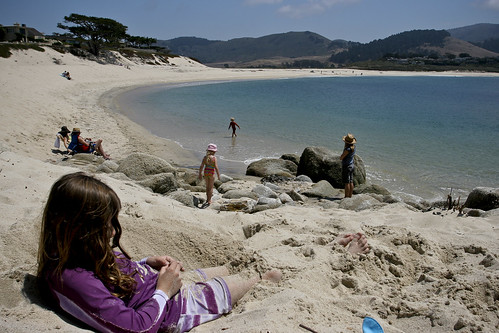 Or dogs and beaches: 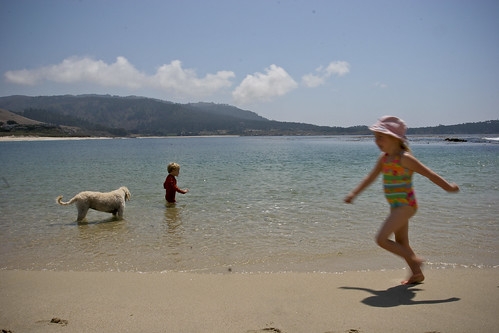 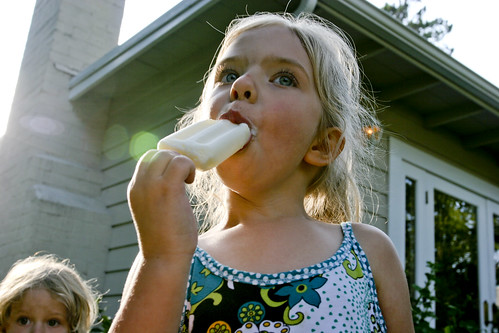 Or maybe a few more popsicles: 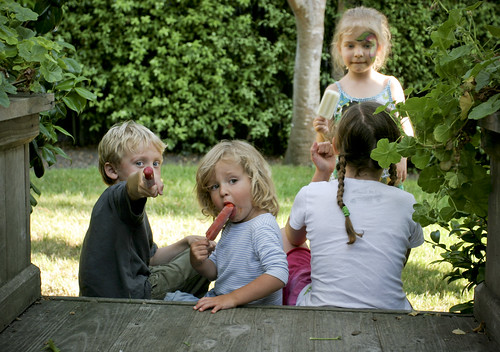 The dear old friends whose progeny these are met about twenty years ago as apprentices at a theater company in Minneapolis. Â They have not let go of each other since, driving each other and their worldly goods to a theater program in New York, bunking together there for years, and, once parting, remaining vital to one another through decade-long residencies in two different time zones. Â Now they’re raising their children in the same state. Â Granted, it’s one of the biggest in the nation and they’re at either end of it. We’re working on that.

It would be accurate to say they are both fiercely loyal, passionate, and dramatic. Â

It would also be accurate to say that their apples have fallen squarely next to the tree. Â So a great number of plays were composed, and enacted, and exuberantly extemporized: 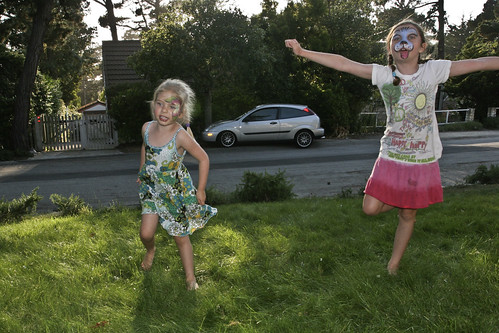 Into which some folks made impish, zig-zag cameos: 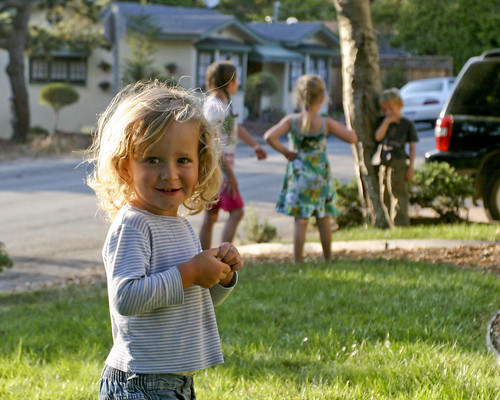 But the biggest thrill of the trip happened quietly, indoors, late one night after the bath. Somebody just read her first chapter of her first chapter book, polysyllabic words and all, and her head nearly blew off her shoulders in the process. (I don’t have the title with me, but it’s som’at about a pig. Mercy somebody. Added: here she is.) It happened right here, at this table, with her mama and her baba flanking her: 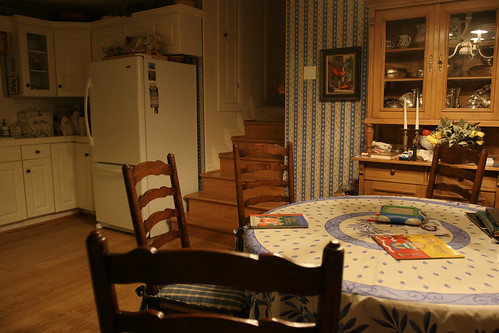 Her words, as it was all coming clearer and clearer: “The black wires are all bending in my head. It’s like a rainbow.”