Yesterday morning we made some blueberry muffins. (A variation on this recepie here; we reduced the sugar, added the baking soda and the pinch of cardamom, mashed up some rasin bran flakes and stuck ’em in.) 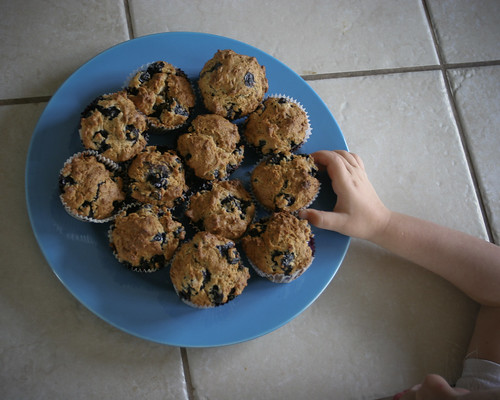 Per usual, the kids loved the cooking process nearly as much as the eating process. Â But not more so. Â They ate their muffins at totally different rates of speed, boychild ramming his in his mouth, girlchild slowly picking berries out of what she called “their little caves.” 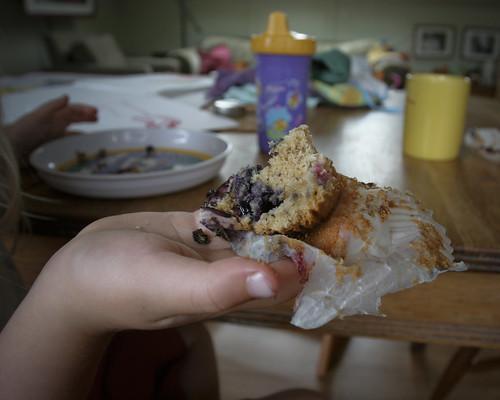 This is the simplest of all pleasures: baking something with my kids, watching them eat it. And yet yesterday, I would say this activity — particularly watching them eat the muffins, with such total absorption in the task — ranked as what Lily Tomlin’s “Search for Signs of Intelligent Life in the Universe” character Trudy would call a “peak experience.” 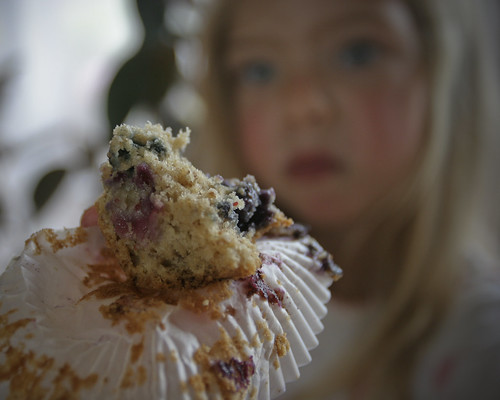 I have little doubt that this muffin-making expanded to fit so much emotional space because the recent sudden death of a friend — and the impact of that death on those who love her — has blurred so much of what used to occupy my daily attention. Â There’s space now for me to see.

In 1908, what is thought to have been a meteoroid or comet exploded in a Siberian forest, flattening roughly 80 million trees over in an area of over 800 square miles around the blast site. Â (The Tunguska event.) Oddly, some trees still stood Â among the ruins, though shorn of their branches. This visual imageÂ has always stayed with me, and often seems to be one of the few means to convey what it feels like to inhabit a space after a great shock has taken place.

I’m way out at the 700 mile marker, but I have a fairly unobstructed view of the epicenter. Â At least I can picture it very clearly in my mind’s eye, having spent so much time lately at or near others of these epicenters. Strewn about in that quiet, post-shock landscape are a great many treasures, and you could fill your hours walking around in wonder, looking at each one. Â A basket of blueberries, pregnant to plump with their freshness; a dozen crumbly-soft blueberry muffins; Â the sight of children — your children — eating them, berry by berry.

Some notes on gender and parenthood

6 thoughts on “Berry by berry”