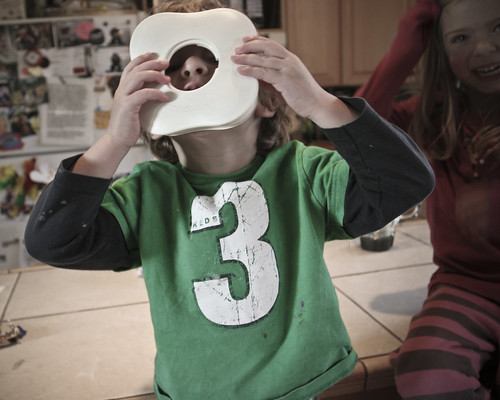 And so we enter the terrible threes. Again.

The variation on this theme? BOY! Who, like his sister, certainly isn’t limiting his contentiousness to his second year. All folks near young humans know that the phrase “terrible twos” is only in common usage because of the alliteration thing. Â Three years old is when most young humans hit their peak of INSANITY. Â Which he does daily, thankyouverymuch.

[For comparison’s sake, his sister in the same shirt, a little over two years ago on her birthday.]