Today, Carl Joseph Walker-Hoover would have turned twelve.  If you don’t know his story already by his name, take a deep breath first, then read this.  His mother is interviewed here, at Essence. [If you prefer video, here’s the piece on CNN.]

It is as grim a coincidence as fifteen year-old Lawrence King’s dying on Valentine’s Day last year, after having been shot by a male classmate whom he had asked to be his Valentine a few days before.

The National Day of Silence brings attention to anti-LGBT name-calling, bullying and harassment in schools. Each year the event has grown, now with hundreds of thousands of students coming together to encourage schools and classmates to address the problem of anti-LGBT behavior. 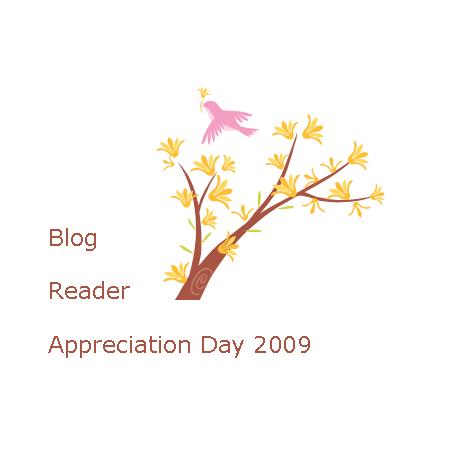 Last year, for the first annual Blog Reader Appreciation Day (brainchild of Robin Reagler at The Other Mother), I did a “name that post” contest. Â I invited readers to submit post titles, for which I would write the post. Â A secret panel of experts would choose which one.

Generally descriptive of how I’ve managed to run this blog thing, and specifically descriptive of how the last year has gone, I lost the keychain I was going to send to the gal who came up with last year’s winning post title — “Waving not drowning,” by Chumpy — AND I never did write the damn post. I will not add to the embarrassment by listing the other over-promised and under-delivered posts. Â  But they are there, and we both know it.

Equally descriptive of the slow but steady return of a modicum of my competency (kids are getting older; time has passed since the Prop 8 wallop): last week I finally found the frickin’ keychain (pictured here), and I swear I will be sending it before I lose it again. Â I swear.Â

Girl child: Baba, [name of little brother] just poked me with his finger.

Baba: Well, punkin, what might you want to say to him?

Girl child (turning carefully to address her little brother): [name of boy child], I don’t like it when you poke me with your finger. Next time, when you’re angry or frustrated, I want you to use words instead.

Boy child (not missing a beat): Sissy, can I poke you with my finger? 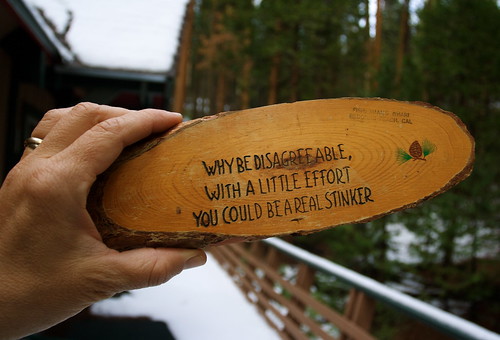 We’re back from the hills and staring at taxing tax forms. Â Much is afoot in the world at large and small, per usual. Â For the moment I have only this picture to offer as a little place holding post card. Â

Blog Reader Appreciation DayÂ Â (brain child of our gal Robin at The Other Mother) isÂ tomorrow: expect to be duly appreciated.