This post is inspired by Shot@Life, an initiative of the United Nations Foundation that educates, connects and empowers the championing of vaccines as one of the most cost effective ways to save the lives of children in the world’s hardest to reach places. 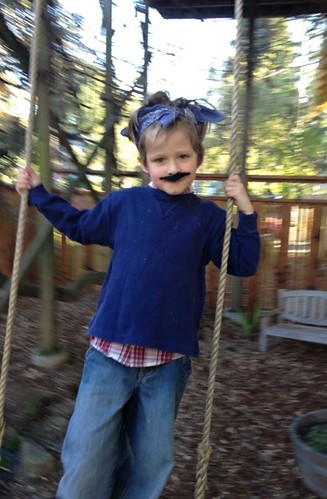 My son is smack-dab in the middle of his sixth year, entering what child development folks call “middle childhood.” A number of physical, cognitive, and social milestones mark this time: by this point, kids can dress themselves, catch balls, follow a beat, begin to show independence from family.  They start the swing from “learning to read” to “reading to learn,” and grow to be able to describe their thoughts and feelings in greater depth.

We’re extremely fortunate that so far, our boy has been more healthy than not, thanks to the vaccinations and medical care we’ve been able to provide him. When he has become sick, we’ve seen him through to well again.  So our milestones are sweet, interesting, fun ones, and he seems to be arriving at them more or less on time.

I’m guessing on that, of course, because we tend to make sense of our kids using yardsticks of our own fashioning, derived from our read of our kids (“Do they seem happy?” “Do they seem at ease in their worlds?”). If we’re worried, we becalm ourselves with the rhetorical exercise practiced by so many parents before us. “Do we really think they will be engaging in ____ [insert worrisome behavior] by the time they’re ______ [insert age comfortingly far enough in the distance]?” So far, so totally okay.

But there is one element of his development we have been watching with some concern, the more so this past year, his first in the wider world of elementary school. We’re two women (admittedly occupying spots fairly far apart from each other on the female gender spectrum, one more womanly, one more mannish)  raising a child who is living life from inside a boy’s body. It’s a life path novel to both of us, no matter how aptly we may find analogies in our own experiences. After years of opening every door we could and supporting his full range of self-expression, we have watched our younger child find his way from kid to boykid. And his sixth year has marked a point of clear arrival. This year he has hewed a path toward his own kind of boy, and has begun to walk it, clear-eyed and confident.

Already he knows a number of things about what he calls “rowdy” boys, or “boyish” boys.  Each of these types of boys (boys more ordinary, more “traditional”) is a kind he recognizes as different than himself. He is unequivocal, after the end of his Kindergarten year, that: he loves movement, but he is disinterested in cars, trains, or much of anything with wheels. He loves imaginary, fantasy characters, but is disinterested in superheroes. He loves to challenge his body and defy gravity, but is disinterested in all ball sports. He loves playing with friends, but tends far more toward ornery, scrappy girls than ornery, scrappy boys. Given a choice between a butterfly and a basketball tattoo, he’ll go for the butterfly nine times out of ten.  He wants a pen far more than he wants a sword, though he knows how to brandish both.

He has been mapping the landscape of “boy” with a cartographer’s keen eye for several years now. Since midway through preschool, he has become aware of the bounds around boy, reflected back as much by his peers as by the toys and narratives fashioned for him by adults. He started preschool as an occasional and happy skirt-wearer, and ended it knowing that boys who wear skirts draw attention, and at least as of now, extra attention is not what he wants, not from strangers. He wears his hand-me-down traditional boy clothes to school, and swaps into his gold lamé dancer pants at home.

He is not confused about what he likes: music, dance, art, imaginative play, cloth that is silken against his body, costumes of all sorts. Bugging the bejeepers out of his big sister. Skipping a bar on the monkey bars. Making people laugh. Growing his hair long enough to hold back in a ponytail, like four or five of the cooler boys at school. His current career aspiration, per an exercise in Kindergarten a few months back: “set de-ziner.”  I’d be happy for him if he followed through with this. I can also see him thriving in dozens of other life paths, regardless of how he spells them.

Most important is that at six, he has identified and is carving out a place for the kind of boy he is: a “gentle” boy, as he would put it, though that’s only relative, and inadequate a descriptor. More a “girlish,” than “boyish” boy, but again: inadequate.  My fondest hope is that in the future of his and his sister’s making, the landscape of boy (and girl) will be so multi-dimensional that measurement on a linear scale will barely even make sense.

[What sort of a boy or a girl (or a boyish girl, or a girlish boy) were you, at six? And what about your kids? When you comment below, know that every comment provides another vaccine for a kid who needs one.]

During Shot@Life’s Blogust, 31 bloggers, one each day in August, are writing about moments that matter. For every comment on this post and the 30 other posts, Walgreens will donate a vaccine (up to 50,000 vaccines). A child dies every 20 seconds from a vaccine-preventable disease. We can change this reality and help save kids’ lives!