Now that the big right wing guns have been brought in and the news has spread to local television news andÂ Â the Associated Press,Â it’s time I posted something on the (anti)gay storm brewing in the town of my youth.

I’m interested because it’s a battle over the presence of gay people and conversations about us in the public schools, something that, as of the start of our daughter’s Kindergarten year this fall, will become huge in our lives. Â (And we’ve got it good: we’re going to a school that has an out lesbian principal, a school that has seen some positive work on family diversity curriculum. Â But members of the school’s PTA, when asked about theÂ climate of the school for gay familiesÂ in aÂ prospective parents’Â Q/A about the school, said something to the effect of, “We’ve done plenty of work in that area. Some of us think too much.” Â Another parent quipped once — totally good-naturedly — that it was the “lesbian magnet” school. Â Of over 230 families, how many are out as same-sex headed? Five. This is a good school, in a good district.)

I’m also interested because it’s clear that aside from service in the military, and access to the rights and privileges of state-recognized marriage, family diversity and anti-bullying curricula in the schools are where the battles against (and for) my people are being fought these days. Â 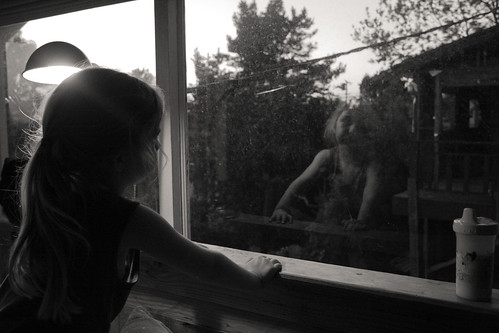