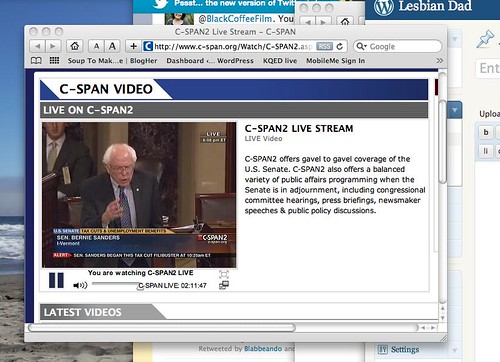 Senator Bernie Sanders gives representative democracy a swift kick in the pants by mounting an INTO NINE HOUR, AS OF THIS WRITING (3:15pm, PST), ol’ school — yes, he’s talkin’ it the whole way — filibuster in protest of Obama’s planned give-away to the Republicans and the richest 2% of Americans.

[Ed note: finally clocked in at 8 hrs 37 minutes when he finally took his seat.]

Live C-SPAN coverage can be found on Senator Sanders’ web page. You can follow the spirited engagement and support on Twitter (the hashtag: #filibernie) here. But that’s just via #filibernie. #Bernie Sanders and #filibuster are also trending. I hope engagement in the democratic process and spirited resistance to a political system skewed to the richest 2% are also trending. 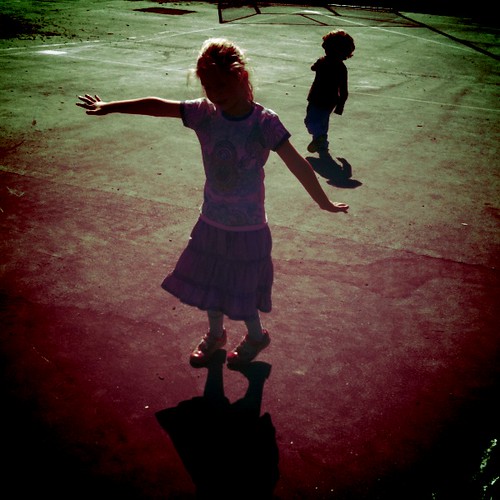 Yeah, I got the Lo-Mob app dealie and started to fiddle around with wayward archival pictures on the iPhone. If I were a bona fide professional photographer, I don’t know what I’d be doing over the ease with which the untutored masses are approximating visual effects which once took me hours of tinkering (upon years of technical mastery) to realize. Mebbe I’d be pulling my hair out in tufts, lamenting on what a massive scale the pearls — my pearls! mine! — are being cast before any ol’ iPhone-toting swine. Or mebbe I’d be going, “Cool! Wish’t I’d-a thought of that!”