As the weeks of blog posting drought turn into months, our house remodel looks to be limping toward its final (month-long?) lap. Apologies, all around. Meanwhile, for you drought-tolerant stalwarts, here are a coupla family-only birthday moments. Since someone turned six this past weekend. [Pending model releases from other party goers/parents thereof, plus the OK to use some fabulous images made by a chum, a coupla more may come down the pike in future days. The LD-vets will know not to bet cash money on this, alas. Still, my own hope continues to spring eternal.] 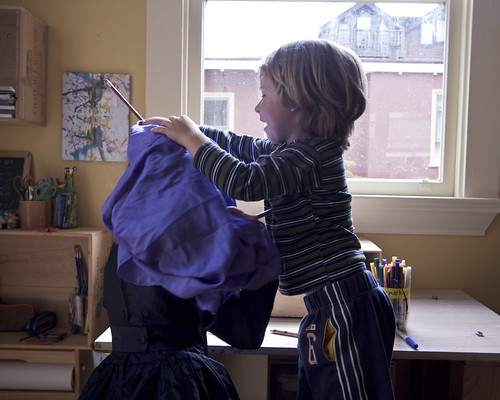 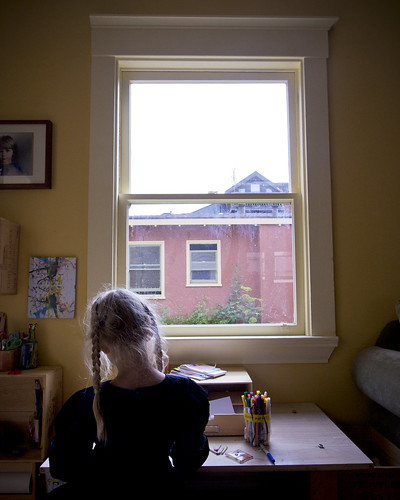 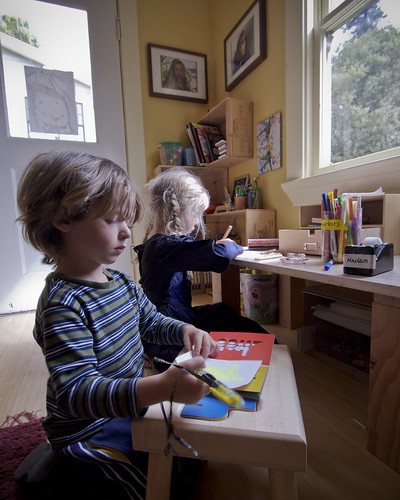 At work at the art table. 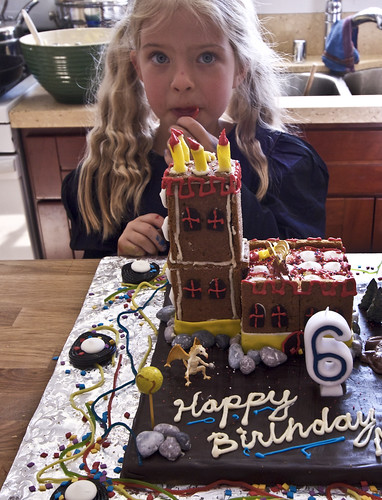 Quality control on the cake, an edifice masquerading as a kind of a Hogwarts knock-off. Mad props must go to the two parents who hunkered down to the task of constructing this with me. My only contribution, as of the start of the party, was to have assembled the raw material, including cake base. All else: collaborative art. Again, a big theme around these parts. And yes, that’s a fondant on the base. (Licks fingertip, places on arse end, and makes a “tsssssss” sound to approximate own hotness. Alternative gesture might be: a cupping inward of the fingertips, an inspection thereof, a foggy breath on them, and a polishing of them upon the lapel. Depending on the mood. Â All of which would prevail until you asked whether I actually made the fondant, to which I would have to answer a wilting: No. Bought it in a tub. But O! What a fondant it was.) 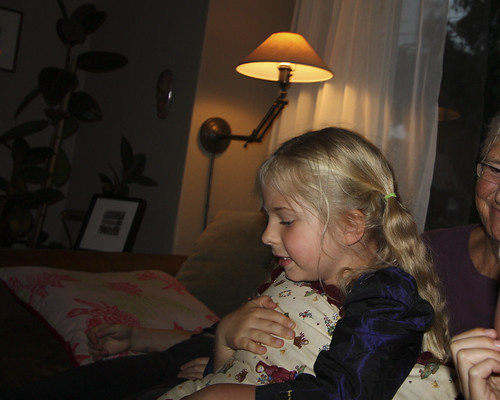 Evening time, a multigenerational family gathering. Grandma made a pillow, which the girlie, once she read it, clutched to chest and refused to even pass around. I don’t blame her. 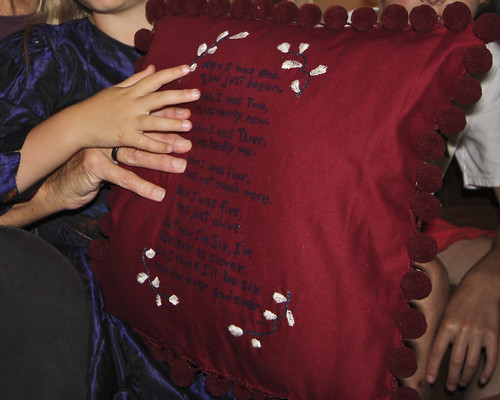 When I was One,
I had just begun.

When I was Two,
I was nearly new.

When I was Three,
I was hardly me.

When I was four,
I was not much more.

When I was five,
I was just alive.

But now I’m Six, I’m
As clever as clever.
So I think I’ll be six
now for ever and ever.