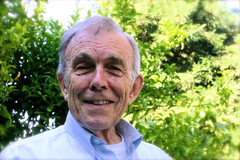 END_OF_DOCUMENT_TOKEN_TO_BE_REPLACED

Her first dentist visit (as told in pictures)

Yep. Remember, this is the dentists talking.

Our first visit clocked in at the average, which is when the kid’s around three years old. (Fortunately this was A-OK with our pediatrician, who must not golf with dentists, or if she does, she must be carrying a grudge from when the cart ran over her foot that one time.)

Least we’ve been brushing the little things since they first broke through the gums and began to put a crimp — d’oh! — in the ol’ nursing routine. 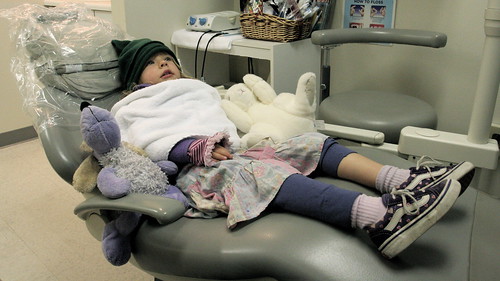 The lil’ monkey took along her little buddies Amahl and Amahl’s mother (natch). 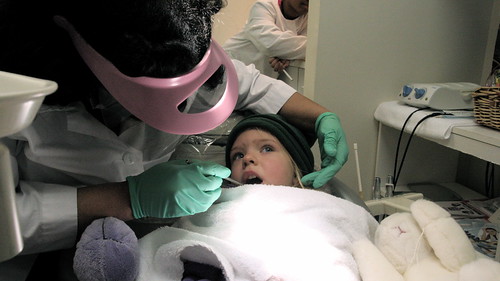 I already love the dentist (who’ll be seeing to Mama’s and Baba’s teeth soon). She came highly recommended, has a family practice, and obviously loves working with children, who love her back. Or at least ours did. The lil’ monkey was as relaxed as if she were having a manicure.