The lil’ monkey was having her way with the white board the other morning. 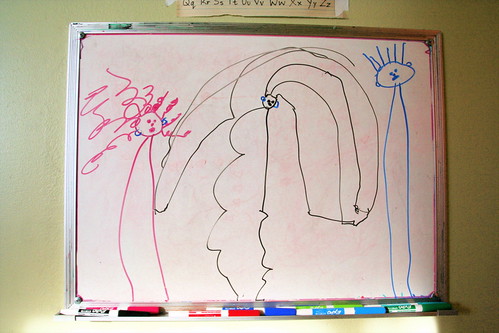 She made what she called a picture of “the whole family.” Her little bro is the red one with the curly hair. Mama’s in the middle. Her head is nearly nonexistent, but oh, oh what a voluptuous body. Hmm, what’s that about? Head: irrelevant; body: fleshed out? Hmm. And Baba. Baba’s the thing that looks like a quizzical, blue, Praying Mantis. A blue Praying Mantis with movie producer Brian Grazer’s hair. 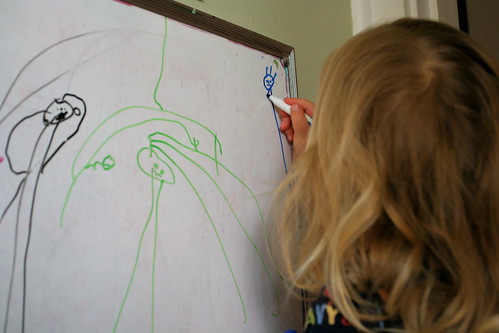 The artist at work. Here she’s putting the finishing touches on another version of Baba, after she re-did the picture to include herself (as green cyclops). 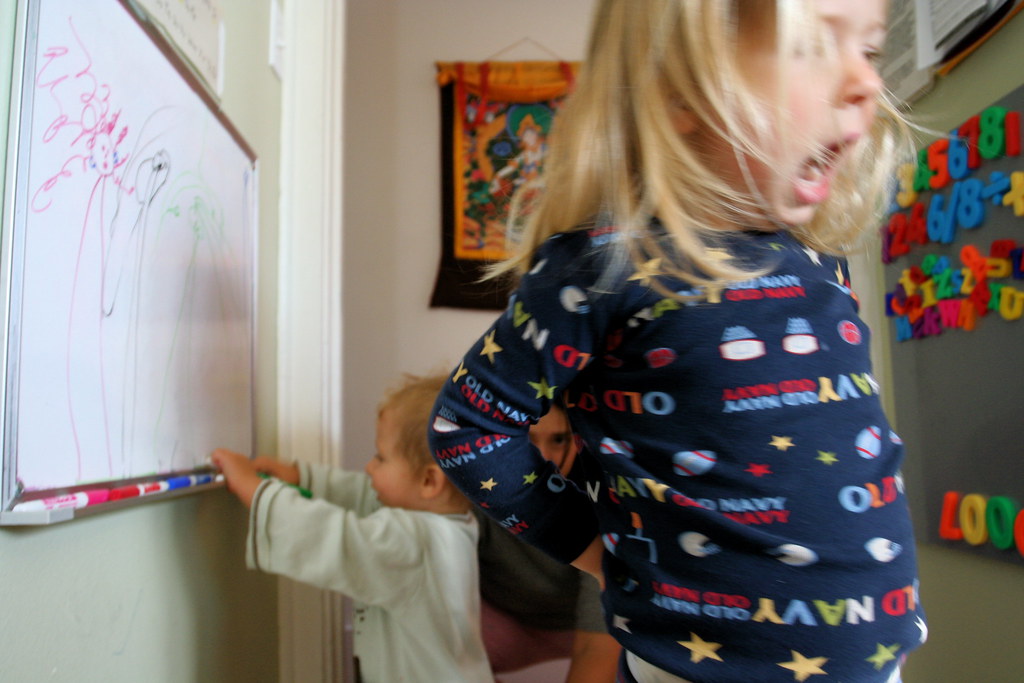 8 thoughts on “I like to call this “Family, as seen by Kafka””