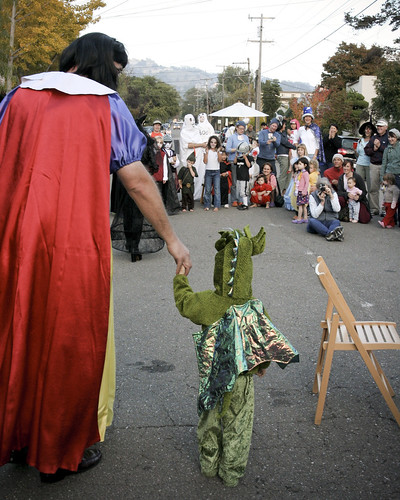 The lil’ monkey, here disguised as a dragon, faces the audience and judges at the neighborhood Halloween Block Party costume contest. Second only to the jumpy house, which I have said before gives me more heebie-jeebies than a flock of middle school kids in Freddie Krueger masks, the costume contest is the highlight of the day.

I might have been tempted to suggest that the Know-It-All-Brother-In-Law’s Halloween outfit was the number one highlight of the block party, but then by saying that I would be drawing attention to it. Which I promised him I wouldn’t do. So I won’t.

2 thoughts on “At the Halloween Block Party”