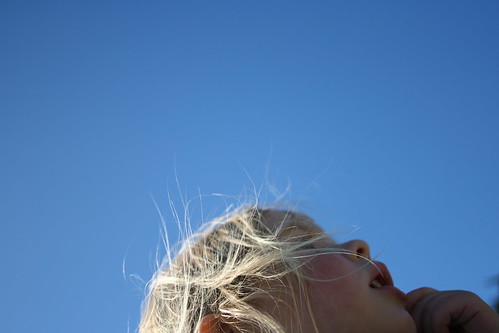 In keeping with the breezy, content-lite nature of this week’s late summer fare, I offer a handful of beach pics and the reminder that poo still dominates the imagination of the eldest child.

The beloved took the picture above, studiously not looking through the camera viewfinder. I had to stay back and work that day, and begged for photographic documentation of their time at the beach. She brought back dozens of pictures and the lil’ monkey brought me a shell, which almost took the sting off my not being able to be there.

I did, however, receive a text message from the beach during the day, which went something like, “[name of girl child] wants to tell you about her poo when we get back.” Seems there was a mix-up. She didn’t have the opportunity to flush it down, as she fully intended to, before the beloved’s friend — who had changed her diaper — sent it (the poo, of course; not the diaper) on its speedy way into the greater Carmel metropolitan sewage system.

Not like you needed to know this. But these are the issues of the day weighing upon the shoulders of an almost-three-year-old. She saw hermit crabs, ran a country mile with her two chums along the ocean, made sand castles and splashed in the water. And this is what she wants to tell me about immediately upon coming home.

Stay tuned for a sampling of her humor. Which, not suprisingly, features poo.