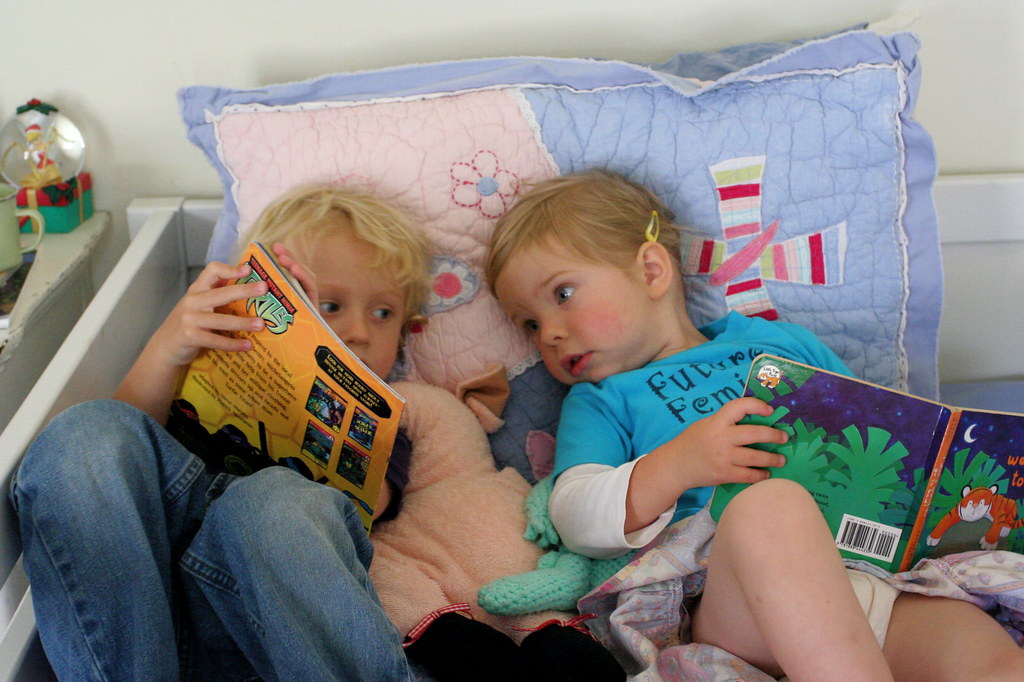 The lil’ monkey and her buddy CoCo had an extended and fun-filled reading session during our recent visit to the southland (a.k.a. L.A.). I was supplying them a steady stream of books — you’d be amazed at how the pages just fly by when you aren’t encumbered by the words on them! — and had picked out their next batch, only noticing after I’d plucked them from the bookshelf that I’d grabbed a Ninja Turtles one. I handed it to CoCo, six months more worldly-wise than our daughter, with the muttered reasoning that maybe they might be “scary turtles” to her.

Yeah, I have a fat streak of overprotectiveness; so sue me. I’m a street-legal parent now, after the adoption, so I’m ready. Anyway, she did have a rough patch after we read an abridged and generously illustrated version of Alice in Wonderland. Everything was fine until Alice drank that potion and got gi-normous. The picture of the tripped-out Alice, arms and legs bulging out of windows of the White Rabbit’s house after she exploded: that was scary ! I got nightmares!

Anyway. Forget, at your peril, that your two-and-a-half year old will record absolutely everything you say, even when it’s sotto voce and mostly directed to yourself.

After I handed them the books, lil’ monkey leaned over to CoCo and said, “Actually, turtles are very nice.”