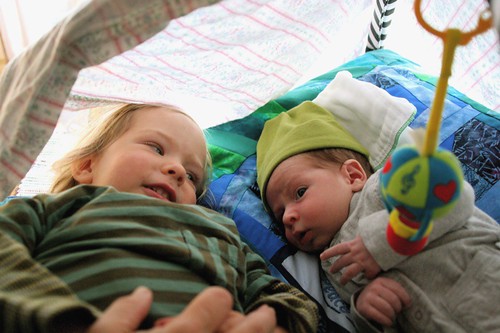 Lil’ monkey: Pssst. Baby brudder. Now that we got some privacy I got to tell you some stuff. You listenin? 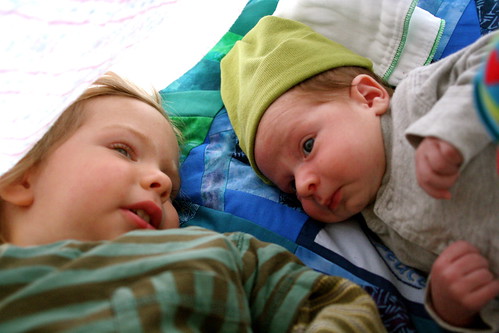 Monkey: I’ve been watchin them for a long time. The one that used to be your home, with the mama milk and the voice like honey and the longer hair: don’t be fooled; that’s the Bad Cop. The one that doesn’t smell like milk and talks in the falsetto Scottish accent while she does your diapers and has the shorter hair? That’s the Good Cop. But it’s only on little stuff. On big stuff, it’s freaky but it’s like they’re one parent. Different hair, same parent.

Monkey: Yeah, but trust me, after a while, we’ll find the crack in that faÃ§ade. Now that you’re here, I think we can work together on them. Okay, so also? They’re really sappy. All they have to do is look at you and they get all googley. Just stare back. When you beome capable of moving it, I recommend you tilt your head down and then look up with just your eyes. That’s the best angle. Oh, and I’ve found that saying things with long and unexpected vocabulary words pretty much makes them fall off their chairs every time. It’s really fun to watch. 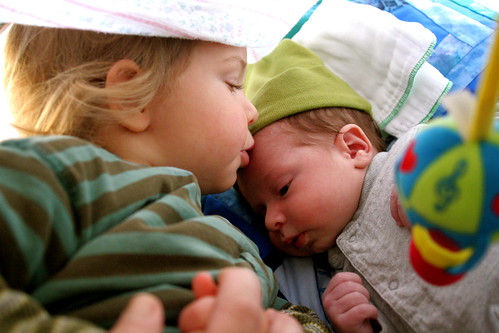 Monkey: Don’t worry, don’t worry. I’ll work with you on the vocab. Oh you’re so cute. Or should I say, pulchritudinous. 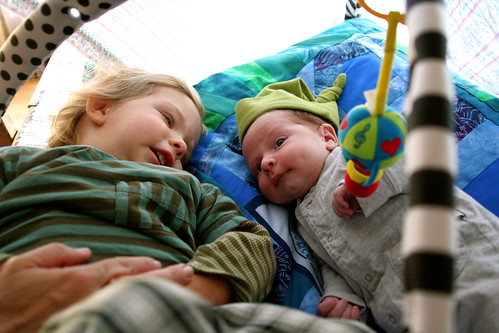 Monkey: Alright. Let’s start with something easy. Like… Like… How ’bout let’s try, “Hey big sister! Please can I eat your brussels sprouts?”

4 thoughts on “Overheard under the ad hoc tent”